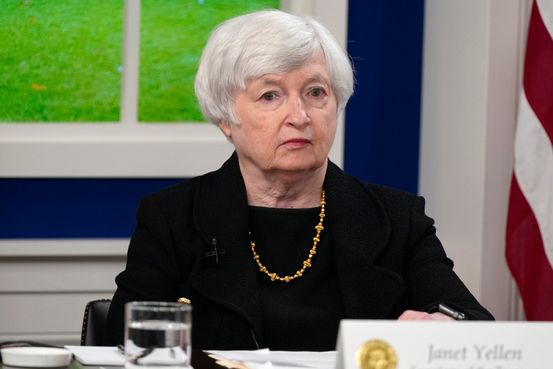 on Monday said the debt-limit deal enacted by Congress last week will allow the government to keep paying its bills through Dec. 3.

In a letter to Capitol Hill leaders, Ms. Yellen said the deal “provides only a temporary reprieve” and urged lawmakers to take further action to ensure that the government can continue to borrow money.

“It is imperative that Congress act to increase or suspend the debt limit in a way that provides longer-term certainty that the government will satisfy all its obligations,” she wrote.

On Thursday, President Biden signed a bill raising the debt ceiling by $480 billion that the House and Senate had approved along party lines.

The bill was based on a proposal by Senate Minority Leader Mitch McConnell (R., Ky.) to temporarily allow the government to keep borrowing money. While the Senate approved the bill along party lines, 11 Republicans joined all 50 Democrats to break a filibuster and allow the Senate to consider an up-or-down vote.

By law, Congress has to set a borrowing limit for the government. Raising the debt ceiling doesn’t authorize new spending but rather allows the government to meet existing obligations, such as sending Social Security checks and making payments on the debt.

If Congress doesn’t raise the debt ceiling, the government would have to suspend payments to beneficiaries or delay interest payments, which would constitute a government default.

Voting to raise the debt limit has become a political fight in recent years as Democrats and Republicans argue over how much the government should be spending. Republicans have sought to use debt-ceiling votes to push for cuts to government programs.

In recent weeks, Republicans have said Democrats should use a procedure known as reconciliation that would allow them to raise the debt limit without any GOP votes. Democrats have objected, saying paying the country’s bills should be a shared responsibility.

PrevPreviousSpringer Replaces Bild Editor – WSJ
NextKushner Cos. Goes Outside the Family to Replace Jared as CEONext

Did you know that Vietnamese culture is one of the oldest in all of Southeast Asia? This impressive feat has given the Vietnamese plenty of

Houses on the hill are not for living. They are for lobbying.

On the multipurpose allure of Capitol Hill mansions: “We did a cost-benefit analysis because we’ve been renting a house for years and years and rents

Pete Davidson’s younger sister had a bit of fun trolling the Saturday Night Live star on social media yesterday, and it looks like Kim Kardashian

The Oklahoma winter wind made my eyes water as I steered my grocery cart toward the store entrance. I patted my coat pocket to reassure

‘Mamma Mia’ Cast: Where Are They Now?

They’re still dancing queens! The cast of Mamma Mia quickly stole viewers’ hearts when the film debuted in 2008 — and the movie’s popularity has

[Interview] Introducing Tell.ie, the best new link-in-bio/portfolio and the last you’ll ever need

By now most of us should be well accustomed to link-in-bio and content aggregators like Linktr.ee or Linkfire – but what each of these platforms