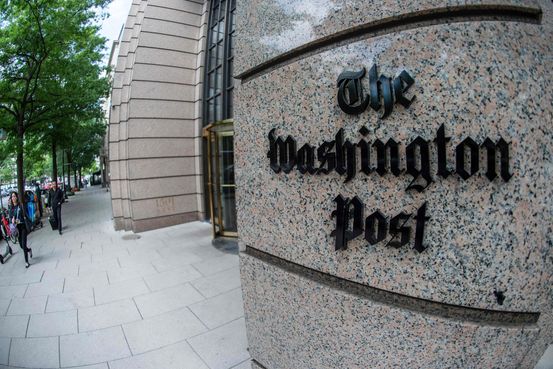 Executive Editor Sally Buzbee told employees that a top editor has been reprimanded over a tweet in which she criticized an SF Gate column that condemned football player Ben Roethlisberger, according to a company spokeswoman.

Lori Montgomery, who is the Post’s business editor, tweeted last week that the column, which referenced allegations that Mr. Roethlisberger had raped women and exhibited bad behavior, was “easily disproven” and “completely FoS.”

Ms. Montgomery’s initial tweet drew public criticism from some Washington Post employees. She later tweeted that she regretted her initial post and said she didn’t intend to question the validity of accusations against Mr. Roethlisberger. Mr. Roethlisberger has denied allegations of sexual assault.

Ms. Montgomery was given a verbal warning this past weekend, the Post spokeswoman said. The Post is planning to revise its social-media policy as soon as it fills a vacant standards-editor position, she said. Ms. Buzbee’s remarks about reprimanding Ms. Montgomery came during calls this week with groups of Post employees, people familiar with the discussions said.

Felicia Sonmez, a reporter at the newspaper, was among the critics of Ms. Montgomery’s tweet. She said in her own post on Twitter that the Washington Post also reported on allegations of sexual assault against Mr. Roethlisberger and asked whether employees would feel safe reporting harassment to editors who make similar comments.

Ms. Sonmez sued the Washington Post and several of its top editors last year, alleging the Post discriminated and retaliated against her. Ms. Montgomery is one of the editors named in Ms. Sonmez’s lawsuit. In her lawsuit, Ms. Sonmez says the Washington Post unfairly prevented her from covering stories related to sexual harassment and assault because they believed she had a conflict of interest as a sexual-assault survivor.

The Washington Post said in its motion to dismiss Ms. Sonmez’s lawsuit that her claims were “nothing more” than a campaign against the Post’s “journalistic and editorial policies.”

Ms. Buzbee told staffers this week that editors at the Washington Post issued a written apology to Ms. Sonmez last year for how she was treated, according to the people familiar with the discussions.

In a March 2021 email to Ms. Sonmez, which she shared with The Wall Street Journal, a group of editors wrote, “We imposed limitations on the scope of your work that we’ve concluded are unnecessary. We see the ways in which we should have supported you more than we did.”

In response to the email, which had the subject line “Hope you’re ok,” Ms. Sonmez said the actions of certain editors at the publication were “disqualifying” and “an outrage.”

Corrections & Amplifications
A top Washington Post editor has been reprimanded over a tweet in which she criticized an SF Gate column. An earlier version of this article incorrectly said she criticized a San Francisco Chronicle column. (Corrected on Jan. 12.)

Appeared in the January 13, 2022, print edition as ‘Editor Is Disciplined Over Her Tweet.’