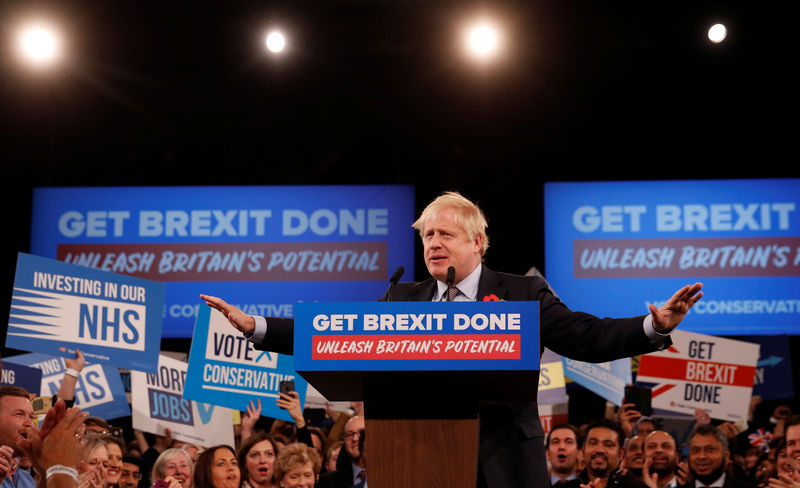 LONDON (Reuters) – British Prime Minister Boris Johnson heads to Scotland on Thursday to say a Dec. 12 election victory for his Conservative Party will halt Scottish National Party (SNP) plans to hold another independence vote to break up the United Kingdom.

Scotland is set to be a key battleground in the general election, one where Johnson’s Conservatives and the opposition Labour Party, led by Jeremy Corbyn, are overshadowed in popularity by the SNP.

The SNP have said that Scotland should hold another independence referendum in 2020 as they seek to end 312 years of political union with England and Wales.

Johnson and Corbyn both have said they would deny Scotland’s devolved government the power to hold another independence vote next year. Scots rejected independence 55% to 45% in 2014.

Launching his campaign on Wednesday, Johnson has said a vote for Corbyn risks two referendums in 2020 – a new referendum on Britain’s decision to leave the EU, which is Labour’s policy, and another on Scottish independence, which Labour have not said they would allow.

“This is a crucial election for Scotland. A vote for the Scottish Conservatives is a vote to stop a second independence referendum and to get Brexit done,” Johnson said ahead of his visit.

“Only a vote for the Conservatives will stop the SNP’s plans to break up the UK.”

Johnson is seeking to get a majority in December’s election to secure passage of his Brexit deal, which he agreed with the European Union in October.

But SNP leader Nicola Sturgeon has said that a vote for their party is a vote to reject Johnson, escape Brexit and take control over Scotland’s future.

The SNP are Scotland’s biggest party, with 35 seats in the Westminster parliament, while the Conservatives increased the number of seats they hold to 13 in the last election in 2017, from one previously.