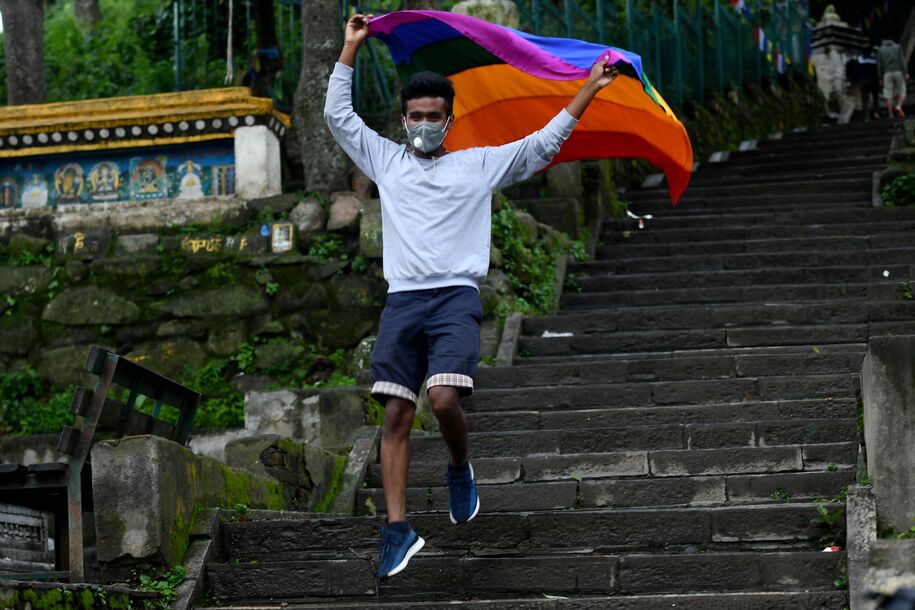 Before we dive into more numbers, here’s some background on the survey: Between April 16 and August 3, 2020, researchers from Johns Hopkins University and the University of Michigan conducted an online survey through LGBTQ+ apps (Hornet and Her) in which they connected with 964 adults from 76 countries. Just over 50% of the respondents were between 18 and 29 years old and just over 40% said they have at least a university degree. Less than 13% said they ever wore a face mask during the pandemic, and more than three-quarters said their country had issued some measure of a “stay at home” order because of the virus.

More than a third of respondents reported having difficulty accessing hormonal therapy and/or related gender-confirming drugs, while a similar number reported having difficulty accessing cosmetic supplies and services, such as wigs, makeup, and hair removal . About 36% of respondents said they encountered barriers to obtaining body modifiers, including binders and packers, for example.

In the field of mental health, nearly 43% of respondents said they experienced reduced access to therapy. While 12% of respondents said their suicidal thoughts decreased during the pandemic, 10% said theirs increased. Transfemales were less likely to agree with statements about having sources of comfort or hope and were more likely to report an increase in suicidal thoughts. More than three-quarters of people said they expected their incomes to be cut during the pandemic, and more than 50% said they could not access financial aid despite the need. Of the respondents, 17% said they expected to lose their health insurance.

In a press release, Brooke Jarret of the John Hopkins Bloomberg School of Public Health summarized why these results are so important in the grand scheme of things, saying: “Transgender communities, already dealing with a large number of health inequalities, experienced even more health burdens as as a result of restrictions imposed during COVID, such as reduced access to gender-affirming treatments and mental health care.”

Even disregarding job losses and unemployment rates during the pandemic, we know that transgender people report experiencing discrimination during interviews, at jobs, when it comes to finding housing and, alarmingly, even when seeking medical care. Low-income transgender people may not be able to afford (or access) certain services — whether that be a prescription for hormones or a custom wig — and they can seek them out by other routes, which can be dangerous for one’s health and safety.

And if you’re thinking, “Well, I couldn’t go to the hairdresser either, so who cares?” Just remember that for trans people, gender affirming care and treatments can have a huge impact on mental health and for trans people, not “passing through” in a cis, heteronormative world can be legitimately dangerous.

With this in mind, nearly 40% of respondents said the pandemic has reduced or completely eliminated their ability to live according to their gender. A whopping 43% of transfemales said this, while 36% of non-binary people felt the same, and 28% of transmales agreed.

If you’re reading these comments and feel overwhelmed or don’t know how to help, remember that just having a supportive, affirming ally is a big step. Being a good ally, of course, is using the right pronouns (including gender-neutral pronouns, like she/they), centering trans and non-binary voices, and supporting trans and queer creators, like when it comes to the movies you watch, books you buy, and content you stream. We also have a rundown of easy ways you can show up to the trans people in your life, including some free mental health resources you can pass along or use yourself!

PrevPreviousMilitary sex abuse reform stalled as Democrats push for racial justice in the ranks
NextBiden predicts the FDA will give final approval to a Covid vaccine by the fall.Next