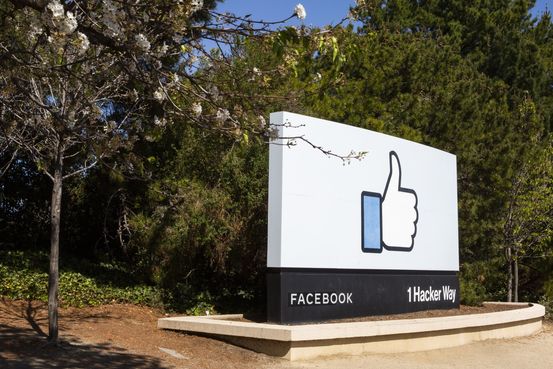 Facebook Inc.’s services went offline for as much as six hours Monday before some of them were restored, an extended outage that disrupted access for users and businesses around the world and left the tech company flailing for a solution.

The company apologized for the outage, which affected its core platforms and apps including WhatsApp, Instagram, and Facebook Messenger—and which an outside tracking firm said appeared to be the most widespread in its history. Facebook said the problem was due to networking issues, without being specific. Outside experts said it appeared to stem from a change the company made to networking instructions for access to its systems.

The disruption hobbled communication both essential and mundane, cut off small businesses from customers and slowed e-commerce across myriad countries. Some companies began sending out marketing pitches based on the services going dark, underscoring the extent to which Facebook—despite the many controversies and challenges it faces—is at the center of daily life all over the globe.

Users began to receive error messages when trying to access Facebook platforms shortly before noon ET. The outage also caused widespread disruptions to Facebook’s internal communication tools, including some voice calls and work apps used for calendar appointments and other functions, according to people familiar with the matter. Some staff were using Zoom to remain connected throughout the day, the people said.

Facebook began restoring its domain name system, or DNS, servers starting around 5:20 p.m. ET Monday, according to the internet company Fastly. Facebook’s services were generally restored about a half-hour after that, Fastly said.

The outage appeared to have been the largest in the company’s history based on the number of users affected. It is the largest ever detected by Downdetector, which tracks website outages, with more than 10.6 million problem reports from around the world, according to a spokesman for Downdetector’s parent company.

“*Sincere* apologies to everyone impacted by outages of Facebook powered services right now,” he wrote. “We are experiencing networking issues and teams are working as fast as possible to debug and restore as fast as possible.” He said the problem was due to “networking issues,” and Facebook didn’t offer a more specific explanation. A Facebook spokesman thanked users for their patience “as we come back online.”

The outage affected businesses small and large who rely on Facebook in a variety of ways.

Tricia Puleo, 52 years old, who offers virtual Zumba classes to clients, said she was unable to reach her clients, as social media is the only way they can find out the times for her virtual class.

Some companies began trying to reach customers with suggestions or marketing based on the outage. Mott & Bow, an online denim retailer, sent emails to some users advertising clothing sales, with the subject line: “Here’s a distraction while Instagram/Facebook are down.”

tweeted, “so while those apps are down, tell us what mood you’re in and we’ll recommend a class to take tonight.”

Elizabeth Gore, co-founder and president of Hello Alice, a company that helps diverse small-business owners, said using social media during the pandemic was a great way for small businesses to keep selling products as stores closed.

But she said the loss of communication created by Monday’s outage was problematic for both her and clients. “I would look at this like a social media natural disaster,” she said.

also tweeted his support for Signal, a rival messaging service, amid other jokes. The company later acknowledged that the outpouring of traffic it received may have affected replies and direct messages for a period of time.

Cory Michael, a full-time videogame livestreamer on Facebook, said he had been streaming himself playing a new

game for several hours on the platform when it went down. “I’m not a panic kind of guy,” said Mr. Michael, 36, who lives in Florida. “The people who watch live streams, they have their streamers that they like. I’m sure they’ll be back.”

While even the biggest tech companies occasionally go offline unexpectedly, the duration and widespread nature of the disruption for Facebook and all its platforms is unusual, said Tom Daly, a networking expert who was previously co-founder of the internet company Dyn. “They have a massive infrastructure with a massive amount of complexity and they have to resolve all of that complexity to recover,” he said.

And while Facebook and Instagram are largely used for social reasons, WhatsApp is an essential communication tool for users around the world. The service has more than two billion active users.

According to Facebook’s quarterly financial results from July, the social-media company said it has 1.19 billion daily active users.

The outage comes at a time of scrutiny for the social media company. On Sunday, a whistleblower who provided documents that formed the foundation of The Wall Street Journal’s Facebook Files series went public.

a former product manager at Facebook, said she acted to help prompt change at the company.

Facebook shares dropped 4.9% on Monday amid a broad-market selloff.

Facebook appeared to have made a change Monday morning to its network routing information, said

director of internet analysis at the network monitoring firm Kentik.

This change affected the company’s domain name system servers, which function as a kind of Internet lookup system. They link domain names such as Facebook.com to the numerical Internet Protocol addresses used by browsers and web servers.

Over the years, Facebook has built up a complex world-wide system of data centers, software and networking gear to keep its sprawling international network up and running, but Monday’s outage appears to have begun with a problem at one particularly sensitive point in this ecology. Like all companies that operate networks, Facebook uses an obscure technology called the Border Gateway Protocol, or BGP, to tell other network operators where to find its servers.

On Monday, Facebook appeared to have withdrawn this BGP information, meaning that Facebook was no longer revealing the location of its own DNS servers. The change essentially meant that the company and its services pulled a disappearing act, as far as the world’s networking companies were concerned, outside experts said.

As the hours ticked on Monday afternoon, Facebook was unable to say why the company had been unable to resolve its networking issues, or what precisely caused them.

With the world increasingly dependent on internet-delivered technologies, disruptions due to internet outages have become commonplace.

Some Facebook services briefly went down in March, and workplace messaging platform Slack Technologies Inc. had a service disruption for several hours earlier this year. Last December, more than a dozen of

Google services, which include Gmail and YouTube, also suffered disruptions.

As many employees turned to cloud services and other connected platforms during the Covid-19 pandemic, the ripple effects of the outages have been felt more.

PrevPreviousQualcomm, SSW to Buy Veoneer for $4.5 Billion
NextSchumer Sets Up Vote on Debt Ceiling After Saying It Must Be Raised by End of WeekNext