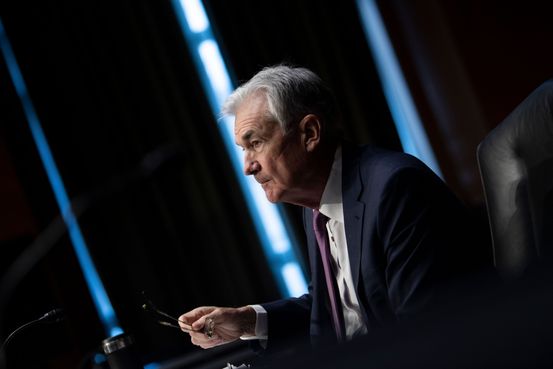 said he was prepared to begin raising interest rates to cool down the economy but that he also was optimistic that supply-chain bottlenecks would ease this year to help bring down inflation.

The central bank will use its tools “to prevent higher inflation from becoming entrenched,” Mr. Powell said Tuesday at his confirmation hearing before the Senate Banking Committee.

Mr. Powell, a Republican, is expected to win a second term leading the central bank but was pressed during the hearing over how the central bank will tighten policy to combat inflation, which is running near its highest annual levels in four decades.

Mr. Powell said he hoped there would be “a return to normal supply conditions” this year but added, “if we see inflation persisting at high levels longer than expected [and] we have to raise interest rates more over time, we will.”

“What we have now is a mismatch between demand and supply. We have very strong demand in areas where supply is constrained,” such as for cars, he said.

The main question for the Fed this year boils down to “how are those two things going to get better into alignment,” he said. “A part of the answer is going to be through shifts in demand.” The Fed typically lowers interest rates to boost demand and spur more growth, and it raises them to slow down the economy and curb demand.

Mr. Powell and his colleagues at their meeting last month penciled in three quarter-point rate increases this year, and over the past week, they have signaled those rises could start in March.

The Fed cut short-term interest rates to near zero and started buying bonds to lower long-term rates in 2020 as the coronavirus pandemic hit the U.S. economy, triggering financial market volatility and a deep, short recession.

Mr. Powell told lawmakers the economy no longer needs aggressive stimulus but that it would take time for the central bank to return interest rates to levels that prevailed before the pandemic.

“It is really time for us to move away from those emergency pandemic settings to a more normal level,” Mr. Powell said. “It’s a long road to normal from where we are.”

Mr. Powell has been trying to balance two risks over the past year: raising interest rates prematurely and risking a prolonged period of elevated unemployment, or providing too much stimulus that allows higher inflation to become entrenched, forcing a faster adjustment later.

Fed officials were wary last year of overreacting to one-time price increases by raising rates and cooling down the labor market if supply-chain bottlenecks were a primary driver of inflation and were expected to reverse themselves over time. Over the first half of 2021, they highlighted how the economy was employing millions fewer workers compared with February 2020, just before the pandemic hit the U.S. economy.

But Mr. Powell unveiled a policy pivot in late November, amid signs that the labor market was tightening. He began to signal greater concern that demand was stronger than expected and might fuel broader and sustained price pressures, even if idiosyncratic increases due to supply problems reversed later.

Mr. Powell has said that using pre-pandemic labor market benchmarks might no longer be appropriate to guide officials’ policy decisions, another clue that rate increases could start in March.

“We can begin to see that the post-pandemic economy is likely to be different in some respects. The pursuit of our goals will need to take these differences into account,” Mr. Powell said. Monetary policy needs to “take a broad and forward-looking view, keeping pace with an ever-evolving economy.”

Fed officials have dropped hints they may start shrinking their asset portfolio soon after they raise rates, which would be another form of tightening policy. Mr. Powell said such a process could begin “perhaps later this year.”

Officials are giving more weight to the prospect that the aggressive fiscal- and monetary-policy responses to the pandemic over the past two years may have altered traditional recessionary dynamics, buoying wage growth that normally takes longer to recover after a downturn.

Do you think Jerome Powell will continue to lead the Fed? Join the conversation below.

A sharp run-up in home values, stocks and other assets has boosted wealth for many Americans, fueling stronger demand and potentially allowing some to retire earlier than they had anticipated, tightening the labor market. Demand might rise higher still if the pandemic subsides, boosting spending on services and leading more Americans to seek jobs.

Brisk demand for goods, disrupted supply chains and various shortages have pushed 12-month inflation to its highest readings in decades. Core consumer prices, which exclude volatile food and energy categories, were up 4.7% in November from a year earlier, according to the Fed’s preferred gauge. That is well above the Fed’s 2% target.

But it has been developments in the labor market, and not just high inflation readings, that have provided fuel for the Fed’s shift in recent weeks toward tightening policy much faster than appeared likely last summer.

The unemployment rate, which fell to 3.9% in December, is now lower than it was four years ago, when Mr. Powell became Fed chairman. That is despite the upheaval wrought by the pandemic, which sent joblessness to a post-World War II record of 14.7% in April 2020.

Of the 84 lawmakers who voted to confirm Mr. Powell, a Republican, four years ago, 68 are still in office, equally split between the two party caucuses. Several lawmakers of both parties expressed support for Mr. Powell at Tuesday’s hearing.

Mr. Powell has focused significant time on meeting with elected officials to maintain close communication, and Mr. Powell pledged in his testimony Tuesday to continue that practice if he is confirmed to a second term.

Mr. Powell, who spent his career in investment banking and private equity, was first nominated for a Fed board seat 10 years ago by President Obama. President Trump tapped him to serve as chair four years ago.