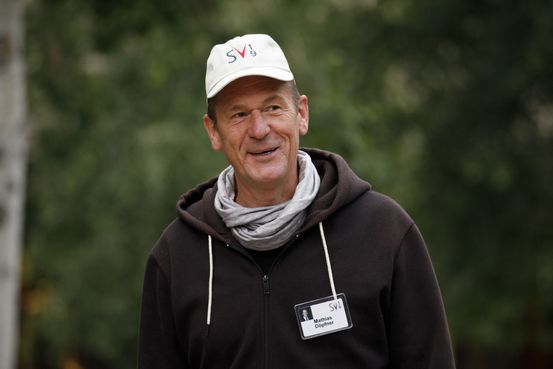 BERLIN—Axel Springer SE plans to eventually put Politico’s content behind a paywall and immediately boost the political-news publisher’s head count by more than 10% once the German conglomerate’s $1 billion deal to buy the company closes, expected next week.

said in an interview he expects to hire 100 people across the company’s management and editorial staff, which currently numbers 900 in the U.S. and Europe. He also laid out tentative plans for an international push—including intentions to publish in several different languages.

Mr. Döpfner said he plans to grow Politico’s footprint both in the U.S. and overseas by introducing new industry-focused products and services and by broadening the scope of coverage. He said he expects Politico’s main news offerings, now free, to go behind a paywall in the medium term.

He also said he expects Politico staffers to adhere to Axel Springer-wide guiding principles that have raised controversy at times at its German properties—though they won’t be required to sign a written commitment to the principles like employees in Germany. The principles include support for a united Europe, Israel’s right to exist and a free-market economy, among others.

“These values are like a constitution, they apply to every employee of our company,” Mr. Döpfner said. People with a fundamental problem with any of these principles “should not work for Axel Springer, very clearly,” he said.

Mr. Döpfner said he expects Politico and Axel Springer’s other U.S. titles will embody his vision of unbiased, nonpartisan reporting, versus activist journalism, which, he said, is enhancing societal polarization in the U.S. and elsewhere.

Mr. Döpfner has led Axel Springer for almost two decades, taking over what at the time was a loss-making print publisher and turning it into a profitable, digital-first publishing giant. He has built up a personal stake in the company, owning more than 22% of its shares.

“I spent many years managing restructuring, cost-cutting, layoffs, digital transformation and creating a new corporate culture,” he said. “But now is the time to focus on growth and investment” in the U.S.

Launched in 2007, Politico reshaped Washington coverage with its blanket reporting on politics. That later paved the way for a move toward events and high-price subscription services—so-called verticals—centered on various industries.

Axel Springer owns the German newspapers Bild, Europe’s bestselling tabloid, and Die Welt, a center-right-leaning broadsheet, and currently operates in 40 countries and employs over 16,000 people across its portfolio of media and tech companies. The Politico deal, which The Wall Street Journal previously reported valued the company at about $1 billlon, rounded up a recent U.S. shopping spree. Axel Springer earlier purchased Business Insider, for about $500 million, and Morning Brew, a digital publisher that has focused largely on business.

Axel Springer is “step by step developing the U.S. into our most important market and engine of growth for digital publishing,” Mr. Döpfner said.

Axel Springer, he said, believes in anti-cyclical growth and has hired over 1,600 people during the worst period of the coronavirus pandemic. That approach, he said, will be applied to Politico and the other U.S. titles: “There will be no restructuring, no synergies, no mergers and no cost-cutting,” he said.

Axel Springer and Politico entered a joint venture in 2013 to set up Politico Europe, a Brussels-based news operation. It agreed to buy the whole European entity as part of the deal for Politico, announced in August. Politico’s newsrooms in the U.S. and Europe will remain separate, Mr. Döpfner said.

Axel Springer and Politico have said they are searching for a new chief executive for Politico. Politico founder

has told staff he will stay on as long as Axel Springer wants him around, the Journal previously reported. Jan Bayer, a member of the Axel Springer executive board in charge of news media, will be in Washington on a regular basis at the beginning to help oversee the investment in Politico and support the new CEO.

Since it earned the nickname the Gem State, Idaho has been attracting fortune-seekers who see untapped value in the West. During the first six months