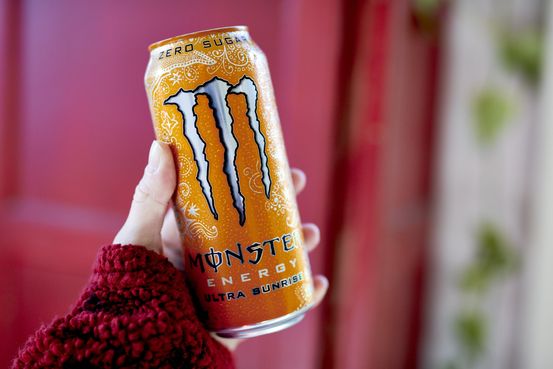 has been mulling a move into booze for years. It finally took the plunge Thursday, becoming the latest big soft-drink company to try its hand at alcoholic beverages.

The deal comes as soda makers and alcohol companies move onto one another’s turf in bids to spur growth.

last week said it struck a deal with

to launch canned cocktails under the Fresca soda brand. Last year, Coke introduced an alcoholic version of its Topo Chico seltzer in a partnership with

PepsiCo Inc., meanwhile, is set to roll out an alcoholic version of Mountain Dew in a venture with Samuel Adams brewer

this month is introducing a line of Bud Light-branded hard soda in cola, cherry-cola, orange and lemon-lime flavors.

now chairman and co-CEO of Corona, Calif.-based Monster, told shareholders that the company had its sights on hard seltzers, malt beverages and spirits.

“We do have an appetite to look at alternative brands and to develop more beverages in the nonalcoholic…as well as the alcoholic market,” Mr. Sacks said at the time.

Monster said it expects to complete the transaction during the first calendar quarter, adding that the organizational structure for the energy-drinks business will remain unchanged. CANarchy, founded in 2015, will continue to function independently, Monster said.

Mr. Sacks said on a call with investors Thursday that while CANarchy is primarily a craft-beer brewer, it also has hard seltzer brands such as Wild Basin, “and that’s something we are planning to focus on and develop.” Separately, Monster also has been developing its own hard-seltzer brand, which is “proceeding quite quickly now,” he said.

Monster executives added that they are also exploring spirits-based drinks.

—Colin Kellaher contributed to this article.