Kushner Cos. Goes Outside the Family to Replace Jared as CEO 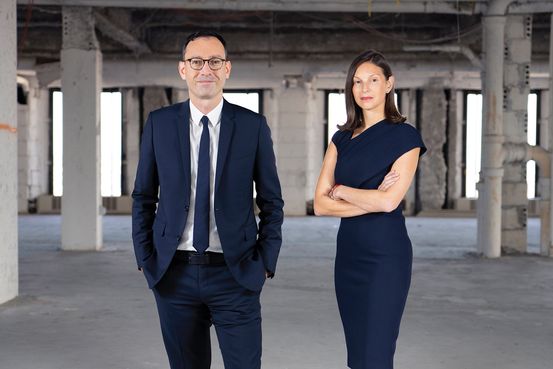 family real-estate company is for the first time turning to a nonfamily member to lead the business, after the former senior White House adviser said that he wouldn’t be returning.

Cos., will take over as chief executive effective immediately, the firm said. The CEO post has essentially been vacant since 2016, when Mr. Kushner began working full time on

Mr. Kushner’s younger sister who has been working for the family business since 2015, is becoming president.

the chairman of the Kushner family board and Jared and Nicole’s father, will continue to play a role in management and investment decisions, the firm said.

Kushner Cos. is a midsize real-estate company by New York standards. It owns apartments, office buildings and other property that the firm values at more than $15 billion.

But the family and its activity have received outsize attention, especially after Jared Kushner, Mr. Trump’s son-in-law, became one of Mr. Trump’s closest aides.

“So much about our company is growth through adversity,” said Ms. Meyer in a recent interview in the company’s new headquarters in the General Motors building overlooking Central Park. “We have been putting our heads down and really moving.”

Mr. Morali, a native of France, was working for the real-estate investment banking unit of French bank

when he was hired by Kushner Cos. to run its finance operation in 2008. He was made president in 2016.

His ascent to the top job is the latest sign that Kushner Cos. is shifting from a family business to one with a more institutional structure. Its management team has come from large real-estate firms such as

Since Jared Kushner stepped down, Kushner Cos. has also largely shifted away from the flashier Manhattan office building acquisitions made when Jared led the company to buying rental apartments in mid-Atlantic and Southeastern states.

Since 2019, Kushner Cos. has mostly acquired units in states such as Alabama, Kentucky, Louisiana, North Carolina and Texas, where soaring housing prices have forced many would-be buyers to keep renting.

“With jobs comes demand for apartments and in general more people want to be renters,” said Mr. Morali. “You end up with extraordinary rent growth.”

in 2009, divested himself of all his family-business management responsibilities and many of his owner stakes in properties when he joined the Trump White House.

After Mr. Trump left the White House, Mr. Kushner and Ms. Trump moved to South Florida, where Mr. Kushner plans to launch a Miami-based investment firm named Affinity Partners as soon as this fall, according to a person familiar with the matter.

During the first year of the Trump administration, Charles Kushner was negotiating a sale of a Manhattan office building at 666 Fifth Avenue to China’s Anbang Insurance Group Co., which had close ties to Chinese officials. The firm’s critics said that such a sale of the money-losing building would represent a conflict of interest because of Jared’s role in the administration.

Kushner Cos. said that Jared played no part in the talks and that he had divested himself of any sensitive connections to the firm. The firm eventually sold a long-term lease of 666 Fifth Avenue to

Every year, there’s always at least one day where I find myself searching for the holiday joy those jewelry commercials tell me I should be

PARIS — The retro choreography was heavy-handed, its intent obvious: Éric Zemmour in a dark tie, eyes averted from the camera, reading into an old-fashioned

“Abbott Elementary” is a late arrival to ABC’s fall schedule — and it makes a strong case to stick around in primetime for a while.

Mary J. Blige is back to ascend her throne. The Queen of Hip-Hop Soul has officially announced that her 15th studio album, Good morning beautiful,

What to Know, Date, How to Watch – WWD

The People’s Choice Awards are back. The fan-chosen awards show hosted on Dec. 7 honors the year’s most popular movies, television shows, music, fashion and

Jane Moran, a former global chief information officer at Unilever PLC, is working to improve technology at a Boston-based health system, including by enhancing the