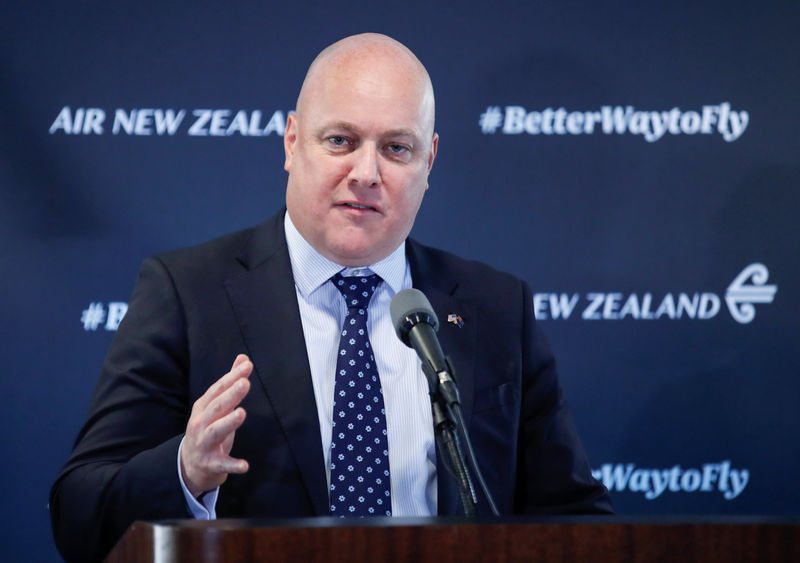 WELLINGTON (Reuters) – The former Chief Executive of Air New Zealand and one of the nation’s most prominent businessman, Christopher Luxon, will join the opposition National Party as a candidate in next year’s general election.

Luxon has been selected as National’s candidate in the east Auckland seat of Botany for the 2020 general election, the party said in a statement late on Monday.

“I’ll be fighting hard to earn Botany’s trust and to ensure we don’t waste another three years with a Labour-led Government that Kiwis can’t afford,” Luxon said in a statement.

Luxon stepped down as chief executive of New Zealand’s national carrier in September after more than seven years in the role during which the airline produced consistent profits.

He was long rumored to be interested in joining the National Party but had declined to talk about any such plans.

Luxon was brought in by Prime Minister Ardern last year to lead an advisory council focused on improving business confidence and to help with reforming a slowing economy.

Ardern still enjoys enormous personal support but relies on a coalition with smaller parties against the center-right National Party, which is popular with businesses and holds the most seats of any political party in parliament.

Two closely watched opinion polls last month showed support for her ruling coalition at its lowest since 2017, and her own popularity waning, although she is still seen as the front runner to be the next Prime Minister.

Luxon dodged questions from the media on Tuesday on whether he has ambitions of being prime minister some day.

“Look, I’ll do the job the team wants me to do but at the moment, what I really want is I want Simon Bridges to be prime minister of New Zealand,” he told state broadcaster TV1. Bridges is the National Party leader.

If there is one thing Epic Games Inc. and Apple Inc. AAPL 1.98% can both agree on even as they battle each other, it is