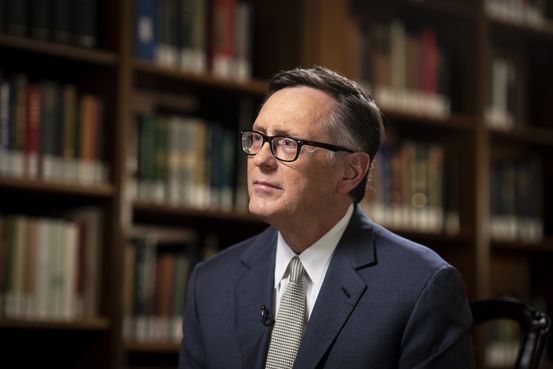 His resignation follows questions raised over financial transactions he conducted at the onset of the coronavirus pandemic. The Fed announced Mr. Clarida’s resignation on Monday afternoon, on the eve of Fed Chairman

to become vice chairwoman. The Senate Banking Committee is scheduled to consider her confirmation on Thursday.

News reports revealed last week that Mr. Clarida had amended his financial disclosures to show he sold a stock fund three days before he purchased the same investment in late February 2020.

The amended disclosures filed last month raised questions over his initial explanation because they showed that three days earlier, on Feb. 24, 2020, Mr. Clarida had sold shares in three stock funds, including the same one he would purchase shares of on Feb. 27 for a similar amount. Stocks fell during those three days amid news reports about the novel coronavirus’s global spread.

In a letter included with the updated disclosures, a Fed ethics officer said Mr. Clarida had complied with applicable laws and regulations governing conflicts of interest.

The last week of February 2020 kicked off a period of intense volatility in financial markets, with stocks falling and bonds rallying as coronavirus case counts rose around the world, prompting U.S. health authorities to warn the public about the potential for severe disruptions to daily life.

The timing of Mr. Clarida’s Feb. 27, 2020, transactions had raised concerns from some ethics watchdogs because Mr. Powell signaled in a rare statement the following day, Feb. 28, that the central bank stood ready to cut interest rates if the pandemic began to roil financial markets and the U.S. economy. The two men spoke by phone on Feb. 27 at 4:45 p.m.

The Fed cut rates in March and launched a slew of programs to stop a financial crisis.

During a virtual interview at an international finance conference in October, Mr. Clarida indirectly addressed the trading controversy. “I’ve always acquitted myself honorably and with integrity with respect to the obligations of public service,” he said.

Mr. Clarida, in a resignation letter to Mr. Biden on Monday, didn’t mention his financial disclosures and instead focused on the Fed’s response to the coronavirus pandemic in early 2020.

Mr. Clarida’s Feb. 27, 2020, financial transactions were disclosed in May 2021. But they drew attention after the resignations of two other Fed officials in late September following news reports of their financial trading histories, triggering a major reputational crisis for the central bank. Boston Fed President

citing health reasons, stepped down from his position on Sept. 30. Dallas Fed President

In a letter to Mr. Powell on Monday, Sen. Elizabeth Warren (D., Mass.) asked the central bank to provide more information about Fed officials’ trading activities, including the circumstances that prompted Mr. Clarida’s amended disclosures. Those disclosures, she wrote, were “just the latest evidence of a deep-rooted ethics failure at the Fed.”

Last fall, Ms. Warren called on the Securities and Exchange Commission to investigate all three officials’ trading, which she said was “ethically questionable” and potentially illegal. The trades “reflect atrocious judgment,” she wrote in a letter to SEC Chairman

The Fed’s inspector general has launched an investigation of officials’ trades.

Mr. Powell approved a sweeping revamp of the central bank’s personal-investment practices for senior officials last October. In testimony before Congress last September, he conceded that the rules allowing the trading by Messrs. Kaplan and Rosengren to occur were inadequate to sustain the public’s confidence, even if they appeared to satisfy each bank’s existing protocols. “We understand now that we need to modify our practices,” he said.

Under the new rules, sales and purchases must be limited to broad-based investments such as mutual funds, and they will have to be preapproved by the Fed and pre-scheduled, minimizing the potential for any appearance that officials were benefiting from inside information to bolster their personal investments.

Those new rules will require Fed officials and senior staff to provide at least 45 days’ advance notice of their transactions, which won’t be allowed during periods of “heightened market stress.”

Mr. Clarida was a top lieutenant to Mr. Powell, who played a key role in securing Mr. Clarida’s appointment from then-President

in 2018. Mr. Clarida is set to return to teaching economics at Columbia University this week, where he is a professor. He is former economist at bond giant Pacific Investment Management Co.

Most notably, Mr. Clarida played a leading role overseeing the Fed’s framework review in 2019, which culminated in 2020 with a significant shift in how the central bank conducts interest-rate policy. Those changes effectively raised the Fed’s inflation target by saying the central bank should take past periods of inflation below the 2% target into account by seeking periods of inflation moderately above that level, especially after intervals in which it was unable to provide more stimulus because interest rates had been cut to zero.

The framework revamp also said officials wouldn’t raise interest rates simply because unemployment rates fall below a level estimated to fuel price pressures—an important turn away from a consensus that had guided central bank policy since the 1980s.

His departure isn’t expected to have a meaningful near-term effect on Fed policy because it was already anticipated he would leave in early 2022.