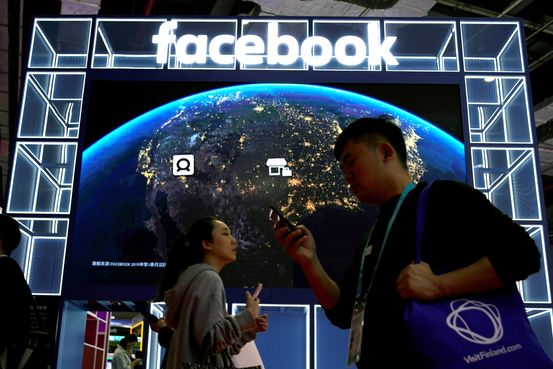 Following a Wall Street Journal investigation last month that showed Facebook was aware that its Instagram app can cause some teen users harm, senators have convened twice in two weeks, in part to better understand how to protect youths on Instagram. A Facebook spokesperson said the company welcomes productive collaboration with Congress to keep teens safe online.

Tweens might be an even trickier bunch. They are key to Facebook’s growth, but they might be resistant to new controls. According to Facebook’s internal research published by the Journal, children ages 10 through 12 seem to view getting parents’ approval to engage on kids’ apps as embarrassing. Meanwhile, Facebook’s legacy “Blue” app is seen by that demographic as a product for old people—“old as in 40,” according to an 11-year-old surveyed by the company.

With that in mind, a safe way to get some youths off Instagram might just be for senators to start using the app themselves. But lawmakers seem determined to effect broad change—and for good reason: Among other things, the Journal’s reporting last month showed that for teen girls with body-image issues, one-third reported that Instagram makes matters worse.

Hardly anything is guaranteed, though. At last week’s hearing, a question by Sen. Richard Blumenthal (D., Conn.) that suggested a misunderstanding of the slang term “finsta”—shorthand for fake or secondary accounts on Instagram—led some commentators to claim that U.S. lawmakers are too old and too out of touch to regulate social media properly.

Still, Mr. Blumenthal himself made probably the most insightful point of last week’s hearing, showing he understands Facebook at least pretty well. “Basically, Facebook depends on teens for growth,” he said, noting, “It can only add more users as fast as there are new 13-year-olds.”

Mr. Blumenthal is actually the co-author of a bill that would take various steps to better protect young people from harmful content and practices online. For instance, the bill would ban interface features such as “like” buttons and follower counts, which quantify levels of popularity for children and teens.

That would likely meet significant opposition as it could hit Facebook’s business model, and those of countless would-be influencers who use the app, hard. It is also unclear whether that would help overall user well-being. Facebook began pilot-testing hidden likes on Instagram two years ago, but the tests didn’t show meaningful impact on how people use the platforms or how they feel, according to Instagram head

At the same time, efforts to regulate how social networks profit from younger users could have the unintended consequence of pushing Facebook and others deeper into the preteen market to ensure growth.

For instance, Mr. Mosseri has said part of the reason Facebook had been building Instagram Kids was to get young children lying about their age off Instagram and onto a platform that would be safer for them. Facebook has been working to identify and remove accounts of users who are under its age threshold of 13, both through human reporting and artificial intelligence, but it doesn’t have any bulletproof way to verify all the birth dates that users self-report.

The first word on what Wall Street is talking about.

A Journal article last week said Facebook had removed more than 600,000 accounts in the past three months for violating its rules on age limits, citing Mr. Mosseri. Still, young children are finding a way. Facebook’s research published by the Journal shows that Instagram’s saturation rate among teens is more than 100% in at least four countries, including 132% in Britain. The research states that there are “various reasons” rates would be above 100%, but doesn’t elucidate beyond that.

Seemingly impossible rates of saturation could have to do with inaccurate census data, a Facebook spokesperson said in response to questions for this article. But Facebook might also not know how old many of its users really are. The spokesperson said that because Instagram only recently started asking users for their ages upon sign-up less than two years ago, it might not have everyone’s birthday at this point.

Bad publicity appears to have slowed Facebook down. On Wednesday, the Journal reported that Facebook has delayed the rollout of new products in recent days to allow time for “reputational reviews” to examine how Facebook might be criticized and to ensure that products don’t adversely affect children. Last week Facebook said it would pause its Instagram Kids project. Internal documents published by the Journal last month suggest that the project, if discontinued, would be a meaningful loss for the social-media company, which must keep increasing users to justify its monster valuation.

But the company’s focus on young users isn’t going to go away. A slide from a 2020 Facebook presentation published by the Journal last week describes tweens as “a valuable but untapped audience.” Facebook’s internal research published by the Journal also shows the company has researched pre-tween categories, with one presentation showing Facebook had even wondered if there might be a way to engage children during playdates.

Facebook’s shares have fallen more than 13% since the Journal began publishing its series of investigations on the company Sept. 13. While Facebook’s business has been untouched by new legislation despite a yearslong history of data and privacy leaks and public-relations gaffes, some investors are clearly starting to think this time is different.

But any new regulations would have to be carefully designed. It is one thing to upbraid Facebook executives in hearings; it is quite another to craft an effective regulatory regime for social networks, where the details of how users engage with the company and each other quickly get complicated. Lawmakers don’t appear to be there yet.

After chiding Facebook for its “move fast and break things” motto, the last thing regulators want is to do the same thing.