Facebook to Hire 10,000 Workers in EU to Build Up ‘Metaverse’ 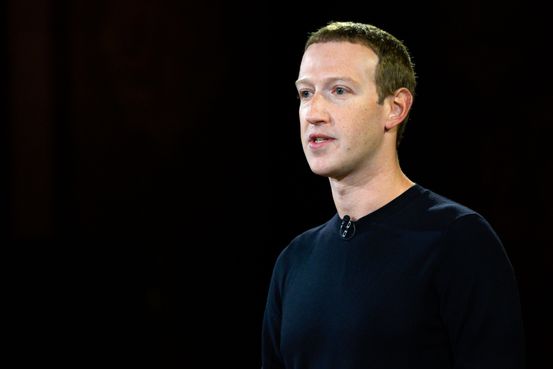 is planning to create 10,000 jobs in the European Union over the next five years to build a virtual realm it sees as a key component of its future and a major driver of new technology investment.

The U.S. social-media giant said Sunday it would embark on a recruiting drive for highly skilled workers in the region to help build a “metaverse,” an online realm where users engage with one another using technologies including virtual and augmented reality. The company said it would focus on hiring in Germany, France, Italy, Spain, Poland, the Netherlands and Ireland.

Facebook said in a blog post that the investment “is a vote of confidence in the strength of the European tech industry and the potential of European tech talent.”

“As we begin the journey of bringing the metaverse to life, the need for highly specialized engineers is one of Facebook’s most pressing priorities,” it said.

laid out his vision for the metaverse over the summer, describing it as a successor to the mobile internet that would be a major driver of new technology investment. The company last month unveiled plans to invest $50 million to build the virtual space, noting that parts of it could take 10 to 15 years to fully develop.

Facebook’s EU hiring announcement comes as the bloc is in the midst of debating multiple legislative packages aimed at reining in the power of big technology and social-media companies, rules that would be backed by the power to levy significant fines. Facebook has said it welcomes new regulations, including parts of the EU bills, but has also raised concerns about some of their elements.

In the blog post on Sunday, Facebook said that “the EU also has an important role to play in shaping the new rules of the internet” by embedding European values which Facebook says it shares.

Facebook is under increased regulatory scrutiny on both sides of the Atlantic following a series of articles by The Wall Street Journal, based in part on extensive internal communications at the company, that offer an unprecedented look at Facebook’s struggles to manage products and systems at the heart of its business success.

Facebook has said its internal research was taken out of context. The Journal has said it stands by its reporting.

—Sam Schechner contributed to this article.

Did you know that Vietnamese culture is one of the oldest in all of Southeast Asia? This impressive feat has given the Vietnamese plenty of

Houses on the hill are not for living. They are for lobbying.

On the multipurpose allure of Capitol Hill mansions: “We did a cost-benefit analysis because we’ve been renting a house for years and years and rents

Pete Davidson’s younger sister had a bit of fun trolling the Saturday Night Live star on social media yesterday, and it looks like Kim Kardashian

The Oklahoma winter wind made my eyes water as I steered my grocery cart toward the store entrance. I patted my coat pocket to reassure

‘Mamma Mia’ Cast: Where Are They Now?

They’re still dancing queens! The cast of Mamma Mia quickly stole viewers’ hearts when the film debuted in 2008 — and the movie’s popularity has

[Interview] Introducing Tell.ie, the best new link-in-bio/portfolio and the last you’ll ever need

By now most of us should be well accustomed to link-in-bio and content aggregators like Linktr.ee or Linkfire – but what each of these platforms