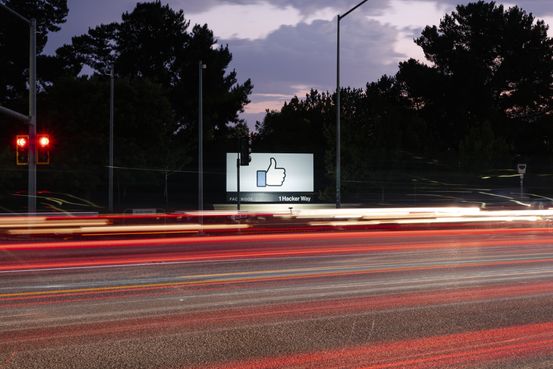 oversight board said the company hadn’t been forthcoming about how it exempts high-profile users from its rules and said it is drafting recommendations for how to overhaul the system, following a Wall Street Journal investigation into the practice.

In a report released Thursday, the oversight board said Facebook had repeatedly failed to turn over, or provided incomplete, information about how it treats content from large numbers of prominent users. It made calls using a separate set of rules—different from those applied to regular users and known internally as “cross-check,” or “XCheck.” It was also referred to as “whitelisting,” the Journal previously reported.

The board, which Facebook created to provide guidance about the company’s enforcement systems and make binding decisions about specific enforcement actions, said the company had failed to mention XCheck when it referred its decision to ban former President

from the platform to the board this spring. The company only gave limited detail when asked directly about it by the board. Facebook’s public disclosures about the program made at the board’s recommendation at the time were insufficient, the board said.

“The fact that Facebook provided such an ambiguous, undetailed response to a call for greater transparency is not acceptable,” the board wrote in its report.

The oversight board’s investigation into the XCheck program was spurred by the first of a series of articles in the Journal based in part on internal documents showing the company is aware of ways its systems are causing harm, but has often played those issues down in public.

That article described how the XCheck system, initially intended as a quality-control measure for actions taken against high-profile accounts, had grown to include millions of accounts. A 2019 internal Facebook review found that the practice of whitelisting was “not publicly defensible,” according to documents viewed by the Journal.

“We thank the board for their ongoing work and for issuing their transparency report. We believe the board’s work has been impactful,” a Facebook spokesman said, adding that the company “will strive to be clearer in our explanations to them going forward.”

In response to the Journal article, the board said it would review the practice, and Facebook requested that the board give guidance on how to regulate content from high-profile users, such as celebrities and politicians.

Before the Journal’s article, Facebook had told the oversight board in writing that its system for high-profile users was only used in “a small number of decisions.” On Thursday, the board said Facebook had admitted in recent weeks that it shouldn’t have done so because “its phrasing could come across as misleading.”

The oversight board says it soon plans to launch a public consultation with civil society and others about how Facebook should overhaul the XCheck system. As part of that recommendation process, the oversight board said Facebook had agreed to share with the board all of the documents cited by the Journal in its reporting on the program, which it said would factor into its advisory opinion.

Since the Journal’s stories, Facebook has provided more information and a briefing to the oversight board about the program. In its report, the board said the company had disclosed that it conducts an average of fewer than 10,000 XCheck content reviews a day.

The company also told the board that it now reviews 84% of the content produced by entities in the XCheck system. That is an increase from the 10% of XCheck content reviewed in 2020, according to a document reviewed by the Journal. “In response, board members expressed concern that the cross-check system has such a sizeable backlog,” the oversight board report said.

Facebook convened its oversight board—which includes professors, lawyers and human-rights activists from around the world, among others—to consider cases that have the potential to guide future content decisions and rules. Facebook says the board’s content decisions are binding and it has committed to publicly respond to the board’s recommendations within 30 days.

The oversight board made its first decisions in January, overturning some content removals, and Facebook expanded its purview in April to also consider user appeals of content moderators’ decisions not to remove specific posts or other content.

The panel also objected in May to Facebook’s decision to indefinitely ban Mr. Trump with no criteria for restoration, calling it “a vague, standardless penalty.” That led the company in June to convert Mr. Trump’s punishment to a ban of at least two years.

Since then, the oversight board has pushed for the company to follow through more on implementing its nonbinding guidance.

“The public pulpit and forcing Facebook into public responses is a powerful tool,” said Thomas Hughes, director of the oversight board administration, in an interview on Thursday. “Part of what they’ve committed to and what the board will be tracking publicly, is whether they are answering questions in a more forthcoming or fuller sense rather than a more narrow sense,” he said.

Mr. Hughes isn’t a board member but is part of the independent team that operates the group.