FAA to Review Letter That Criticizes Blue Origin on Safety 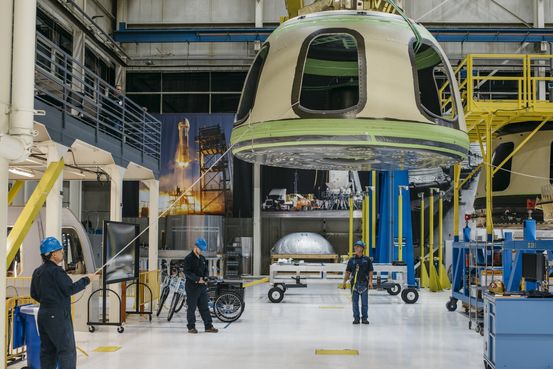 U.S. aviation regulators said they are reviewing a letter signed by a former employee at

’ space company that claims the company prioritized speed over safety on some of its rockets.

is listed as a public signer of the letter and confirmed she signed it. The letter said 20 other current and former employees also signed but didn’t name them.

In a statement, the Federal Aviation Administration said it was looking into safety allegations made in the letter and that it takes all such claims seriously. The aviation-safety agency regulates space launches and re-entries of space vehicles, as well as the operation of commercial launch sites.

Blue Origin said in a statement it stands by its safety record. It said that Ms. Abrams was fired for cause two years ago after repeated warnings about federal export control issues.

Ms. Abrams, who worked on employee communications at the Kent, Wash.-based company, said she never received warnings from management about that topic. She said what ultimately led to Blue Origin firing her was her objection to the company’s move to handle any sexual-harassment claims at Blue Origin in arbitration as per agreements with employees.

Blue Origin, founded by Mr. Bezos more than two decades ago, employs around 3,500 workers at facilities around the country, developing rockets, engines and other space vehicles. In July, the company completed its first space launch with people on board, flying the former Amazon chief executive and three others to the edge of space.

The letter said that at Blue Origin, competing with other space-industry billionaires like

and demonstrating progress to Mr. Bezos “seemed to take precedence over safety concerns that would have slowed down the schedule.” It claimed that last year, company leaders wanted to scale up the number of flights on its New Shepard rocket, but some staff believed the push was compromising flight safety.

Blue Origin said it believes New Shepard “is the safest space vehicle ever designed or built.”

In July, before the company’s space flight with Mr. Bezos on board, the FAA issued a license to Blue Origin permitting it to launch people into space.

One unidentified former Blue Origin executive, according to the letter, called women terms like “baby girl” and asked about their dating lives before being let go because he groped a female subordinate.

Blue Origin declined to comment on specific allegations. In a statement, the company said it has no tolerance for discrimination or harassment of any kind.

“We provide numerous avenues for employees, including a 24/7 anonymous hotline, and will promptly investigate any new claims of misconduct,” the company said.