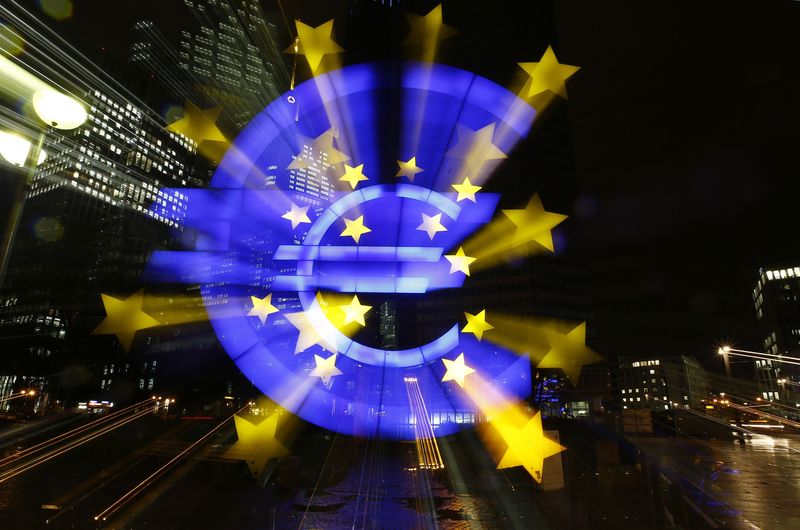 © Reuters. EU Warns Worst May Be Ahead as Euro-Area Resilience Wanes


(Bloomberg) — Explore what’s moving the global economy in the new season of the Stephanomics podcast. Subscribe via Pocket Cast or iTunes.

The EU’s executive arm sees economic momentum remaining muted through 2021, forecasting an expansion of 1.2% for that year. At 1.3%, inflation is projected to remain well below the European Central Bank goal of just below 2% over the medium term.

The updated projections, which put the Commission broadly in line with the consensus view among economists, reflect more pronounced weakness in the region, which has stumbled along with the world economy as tariffs disputes hit manufacturers and dent broader confidence. The institution warned that risks, which include the possibility of a disorderly Brexit, remain “decidedly to the downside.”

While the strength of the labor market and the resilience of the services sector have so far prevented a more broad-based deterioration of momentum, Buti warned that “this resilience cannot endure indefinitely.”

“Economic activity now looks set to slow down in a number of member states, which at first appeared immune,” he added.

Manufacturers across the region have lowered their outlooks in recent weeks. Rheinmetall cut its full-year forecast citing a downturn in global automotive production, Siemens said weakness in the car and factory-equipment industries will lead to a decline in some business volumes next year, and Volkswagen’s finance chief warned of two tough years ahead for industry.

“Uncertainty has been a key factor in pushing growth below potential and forcing the ECB into a fresh round of easing. A return of uncertainty toward the pre-trade war level would help stabilize the 2020 outlook.”

Momentum in France proved more resilient than expected in the third quarter, and the Spanish economy maintained its pace of robust growth.

At the same time, Germany probably slipped into a technical recession, with the Commission predicting only “muted growth” through 2021. Italy “still shows no signs of a meaningful recovery.”

The Commission’s projections come with a call on countries including Germany to spend more.

“Using available fiscal space actively would allow member states not only to provide a fiscal stimulus amid the sharp slowdown in manufacturing that threatens to spill over to the labor market, but also to refresh and modernize the public capital stock, thereby boosting potential growth,” the report said.

That echoes demands by the ECB, which deployed fresh monetary stimulus in September in a package aimed at bolstering the economy in the face of global trade tensions. Outgoing chief Mario Draghi warned that euro-area governments should do more to support the central bank’s efforts with fiscal spending — a message his successor Christine Lagarde has also pushed.

So far, the message has fallen on deaf ears. German Finance Minister Olaf Scholz argued Thursday the country is in a “stable economic situation.”

“We will have more growth in the next years,” he told reporters in Brussels. “If the trade tensions worldwide will be reduced, this will have a real impact on better growth.”

(Updates with companies in seventh paragraph, Scholz in penultimate two.)