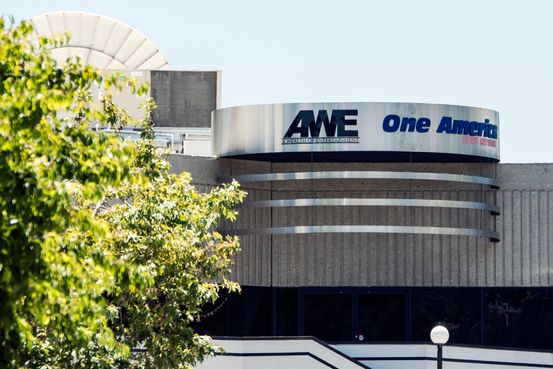 “We informed Herring Networks that, following a routine internal review, we do not plan to enter into a new contract when our current agreement expires,” a DirecTV spokesman said in a statement, referring to OAN’s owner. He didn’t say when OAN will go off-air.

One America News Network President Charles Herring didn’t immediately respond to a request for comment. The channel is owned by Herring Networks Inc., a San Diego-based TV programming firm. OAN’s opinion programming is known among its cable-news peers for its praise of former President

and its advocacy for conservative causes.

Losing a large distributor like DirecTV is a major blow for OAN, which has a fraction of the viewers of the cable news industry’s leaders Fox News, MSNBC and CNN. DirecTV has shed millions of customers in recent years but remains one of the country’s largest pay-TV companies and represents OAN’s largest distributor.

last year sold a significant stake in the business to private-equity investor TPG under a deal that splits operational control of the service between the two companies. The satellite company reported about 15 million pay-TV connections at the end of June.

In 2020, OAN was the focus of takeover interest. Allies of Mr. Trump, including investment firm Hicks Equity Partners, held discussions to arrange a bid of roughly $250 million to acquire the network, The Wall Street Journal reported, but the parties haven’t announced a deal.

OAN has been at odds with DirecTV before. Herring Networks sued then-parent company AT&T in 2016, alleging that AT&T reneged on an agreement to carry channels including One America News. AT&T said at the time that the lawsuit was a negotiation ploy by Herring Networks. AT&T ultimately agreed to carry the channels on DirecTV.

PrevPreviousChinese Regulator Flags a $50,000 Fine Against Walmart
NextMeet the Marketing Exec Who’s Been Making Her Mark at Apple, Uber and NetflixNext