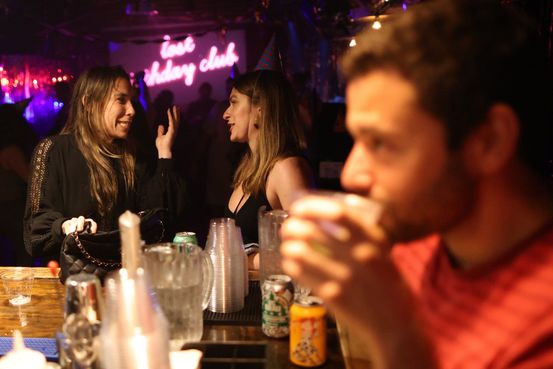 Households increased spending in May on services that they shunned earlier in the pandemic, helping position the economic recovery for a strong summer as more businesses fully reopen and consumers unleash pent-up demand.

Spending was flat last month as consumers cut back on purchases of big-ticket items and rotated more of their money toward in-person services. Still, this spring shaped up to be a solid one for spending: April expenditures were upwardly revised to a 0.9% increase from a previously reported 0.5% rise. Overall spending in May was well above pre-pandemic levels, with spending on goods up nearly 20% from February 2020 and services down about 1%.

“Overall consumers are still well positioned to attack the summer with a lot of enthusiasm,” said

chief U.S. economist at Oxford Economics. “We have households that have a strong itch to spend, they have the means to do so, and they have fewer and fewer health reasons not to indulge.”

There are signs that suggest services spending has room to grow. For instance, spending on recreation rose 3.5% in May over the previous month, the Commerce Department said, as summer activities got under way. Airline travel has also increased, with scheduled seats on U.S. airlines climbing into the summer.

Separate data shows households with incomes of more than $200,000 spent 16% more on restaurants in May than in April. Those with incomes between $31,000 and $60,000 increased their spending by 5%, according to an analysis of credit- and debit-card transactions from Affinity Solutions, a consumer-data firm.

Higher-income Americans are driving much of the spending growth, said

chief executive of Affinity Solutions. These consumers have more money to pay for services that they weren’t able to throughout much of the pandemic, he added.

The economy’s recovery continues to be uneven. A recent downward trend in worker filings for unemployment benefits stalled in mid-June. Hiring is picking up but lagging behind gross domestic product growth as millions of workers remain sidelined because of factors such as expanded unemployment benefits and increased child-care responsibilities.

Vehicles and other products are in short supply amid a global computer-chip shortage, and other supply constraints across the economy have left manufacturers struggling to meet demand. These factors in turn have helped push up prices, raising inflation worries and prompting the Federal Reserve to signal it may raise interest rates sooner than previously anticipated.

The core personal-consumption expenditures price index, which excludes often-volatile food and energy items, rose 0.5% in May from a month earlier. Core prices increased 3.4% from a year earlier, the fastest pace since 1992. The Federal Reserve aims for 2% annual inflation to keep the economy growing at a healthy pace.

Higher prices and product shortages likely hurt sales for some goods such as autos last month. Consumer demand is also weakening for some items—such as household appliances and furniture—that people bought during the pandemic while many stores and restaurants were closed.

Spending has helped propel the broader U.S. economy, which grew at a 6.4% annual rate in the first quarter. Forecasting firm Oxford Economics estimates that consumer spending will grow around 9% this year, the strongest rate since 1946.

Rising vaccination rates are giving more people confidence to leave their homes as businesses increasingly reopen. Consumers have money to spend, in part due to government stimulus distributed when the pandemic restricted businesses and activities. While fiscal stimulus is fading, incomes remain well above pre-pandemic levels.

The personal saving rate eased to 12.4% in May from 14.5% a month earlier. The saving rate remains higher than in February 2020, when it was 8.3%. The relatively elevated saving rate signals consumers have more room to spend.

How have your spending habits changed as the country has opened up more? Join the conversation below.

Consumers spent 0.7% more on services in May than April, a steady pace, albeit a slowdown from earlier in the spring when stimulus checks first hit bank accounts and business reopenings began. They curtailed spending on long-lasting goods such as cars and furniture by 2.8% last month.

Now that the economy is reopening more,

life is starting to get back to normal. Ms. McRae, 67 years old, of Albuquerque, N.M., typically takes an annual trip to a spa, but she didn’t go last year after the pandemic hit.

Ms. McRae said she planned to enjoy a spa day this week with her sister and daughter, soaking in hot springs, getting massages and practicing yoga. She also intended to dine out several times this week after relying on takeout food for much of the past year.

“I like being around people again,” Ms. McRae said. But, she added, “I’m seriously worried about the economy.”

Ms. McRae said she was particularly concerned about rising gas and home prices. She wants to buy a home in Arizona, but prices in the neighborhood she desires have shot up since April.

Friday’s report also showed personal income fell 2% in May from April, as the impact faded from government stimulus checks sent out earlier in the year. Incomes fell in April after rising sharply in March due to the government’s disbursement of $1,400 stimulus checks to many households. Growth in wages and salaries will be an important driver of spending as the effect of the fiscal stimulus wanes, economists say.

Pay, particularly for lower-wage workers, has been rising rapidly as employers seek to fill jobs in a tight labor market. Average weekly wages in leisure and hospitality, the sector that suffered the steepest job losses in 2020, were up 10.4% in May from February 2020, Labor Department data show, outpacing the private sector overall.