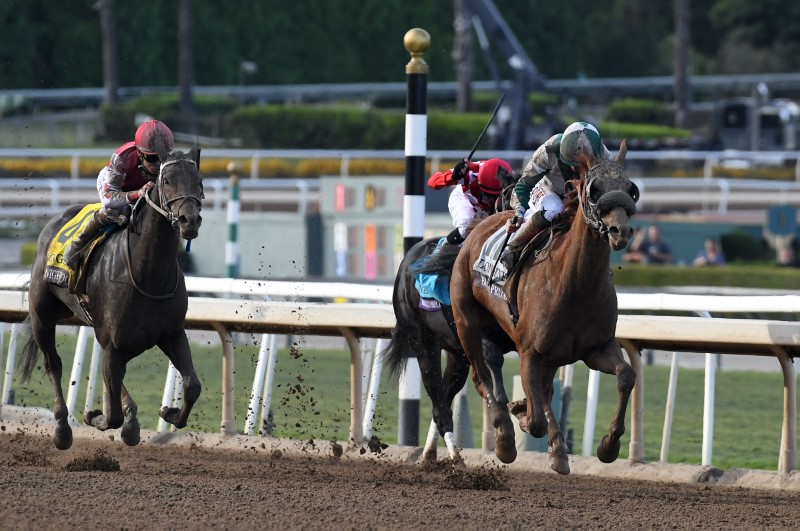 The previously undeleted Midnight Bisou, racing with Hall of Fame jockey Mike Smith in the saddle, made an inspired push down the stretch but it proved too little, too late as the 8-1 Argentine-bred mare held on to win by a length and a half.

“She broke a little slower than I expected, but she was moving up on the backside nice. I looked over and saw Mike Smith kind of asking Midnight Bisou a little soon.

“Blue Prize was really running her race. When we turned for home, she went on with it.”

The win was the first Breeders’ Cup victory for Bravo and trainer Ignacio Correas and was the six-year-old chestnut mare’s third Grade 1 victory on a U.S. track.

Midnight Bisou trainer Steve Asmussen said his horse could hold her head high after the Horse of the Year contender overcame a healthy heaping of dirt to the face at the beginning of the 1-1/8th mile race.

“Nothing Midnight Bisou does for us is disappointing,” he said.

“She had a tremendous amount to overcome with all the dirt she took early. She’s unbelievable. There is no give up in her.

“For her to keep coming under those circumstances is unbelievable because around the turn she looked hopeless. But she just showed her class. She kept coming.”