As Europe Seeks to Move Away From Russian Gas, Which Renewables Will Benefit?

As Europe tries to hasten a push toward more renewable energy sources, and away from Russian gas, which clean technologies are likely to fare the best?

Europe is seeking to swiftly curtail its reliance on Russian natural gas, which last year accounted for about 40% of the bloc’s gas consumption, amid outrage over Russia’s invasion of Ukraine and worries that supplies could be suddenly cut off by Moscow. The European Union says it wants to reduce imports of Russian gas by two-thirds this year and end its dependence on them entirely by 2027.

In the short term, much of the savings is expected to come from a switch to other gas suppliers, along with a greater reliance on coal-fired power plants. But renewables could soon play a bigger role, with policy makers banking on a faster expansion of solar, wind and other clean technologies to reduce demand for Russian gas while contributing to progress on the bloc’s existing climate goals.

“We had a fear for a few days that the crisis would kind of put everything on pause in terms of climate policy,” says

executive director of Cleantech for Europe, which advocates for clean tech and tracks venture-capital investment in the sector. “We’ve seen kind of the reverse, which is a real emphasis on the rollout of clean technology.”

Individual governments have also signaled their plans to speed up the transition to renewable energy and reduce their use of natural gas in response to the war. Germany introduced legislation that is supposed to guarantee the country will derive almost all of its electricity from renewables by 2035, and France announced plans to end subsidies for gas heaters and offer more money for households to install electric heat pumps. The U.K. anticipates a rapid expansion of wind and solar power in a strategy that also includes plans to build more nuclear plants and allow for more offshore oil and gas projects. 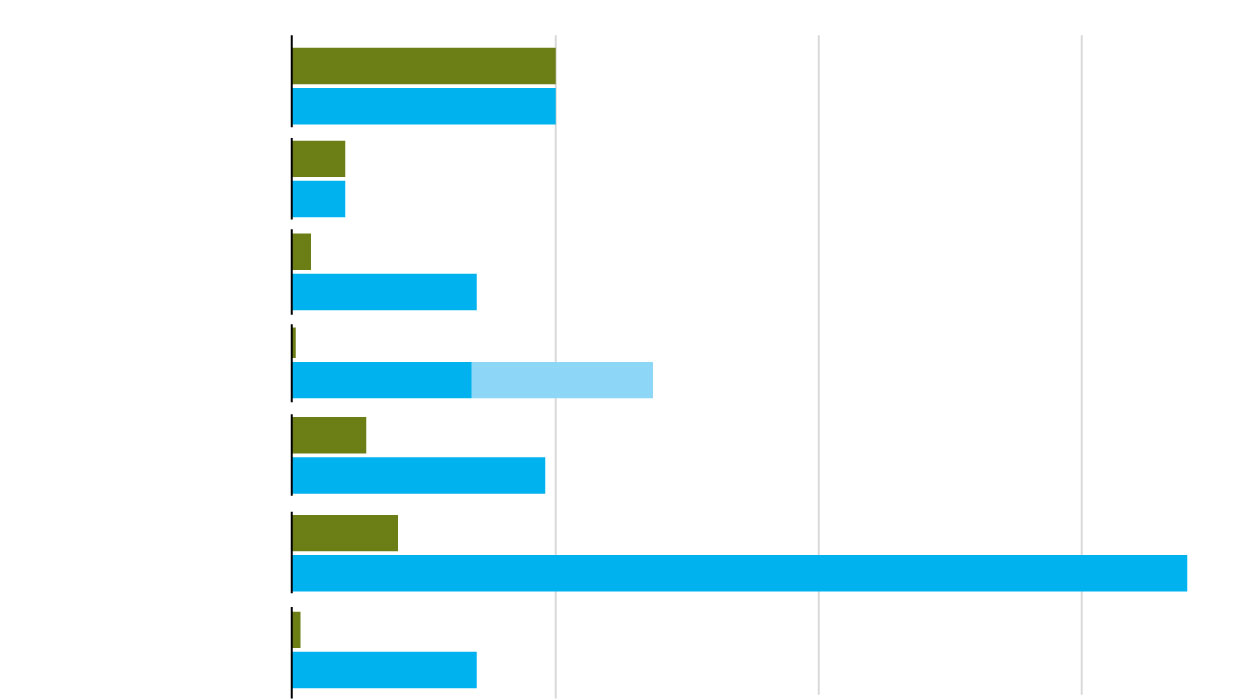 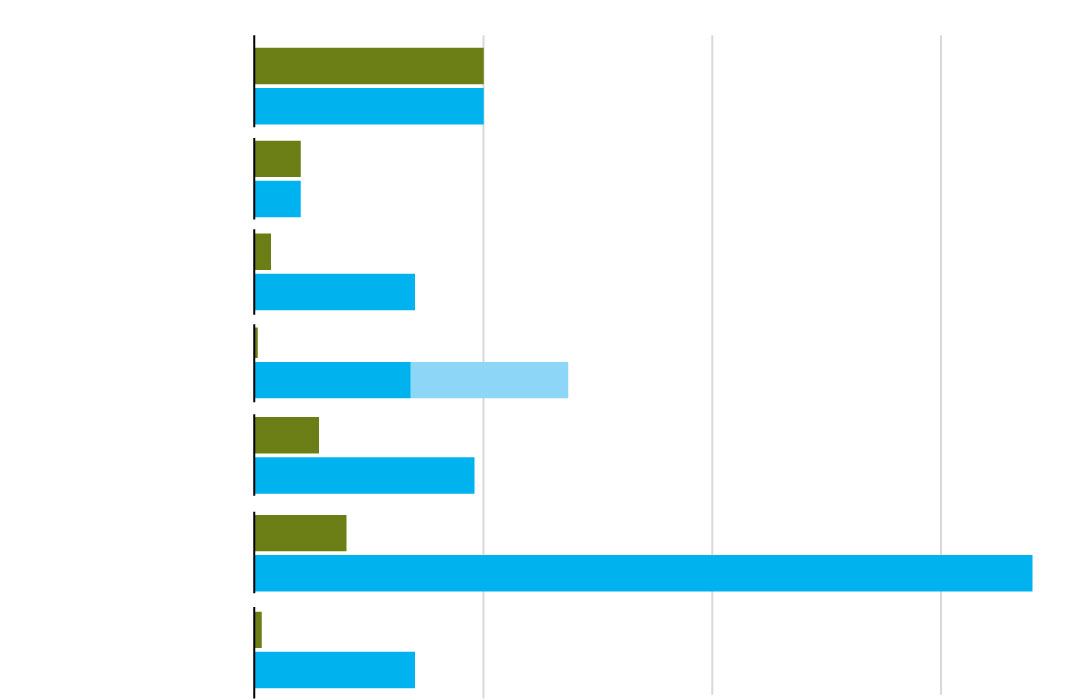 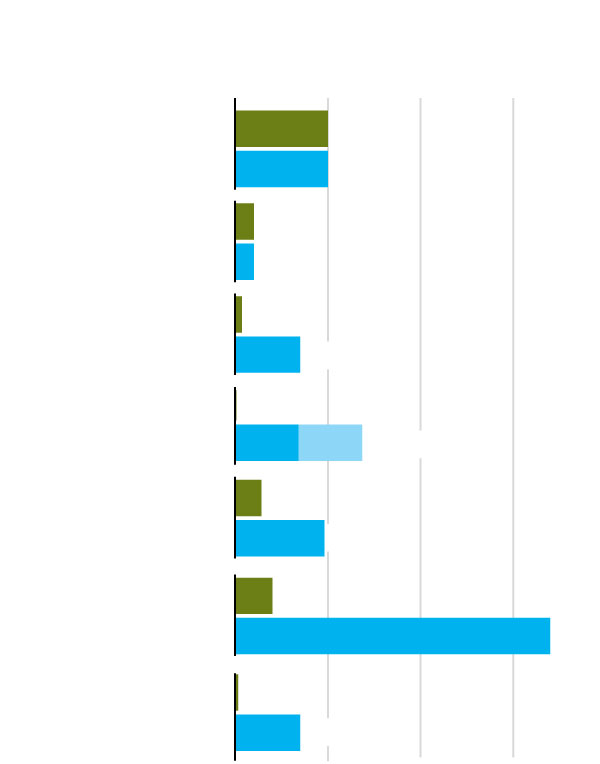 Mr. Besnainou says the EU’s clean-technology focus right now is largely on speeding up permitting and construction of renewable-energy sources like wind and solar, encouraging more hydrogen and biogas, and expanding the rollout of efficiency measures like heat pumps. He says more work will be needed on building up grid infrastructure and developing storage capacity to support the integration of more renewable energy.

The European Commission, the EU’s executive arm, is set to release a full proposal next month detailing how it plans to reduce its dependence on Russian natural gas. An earlier outline of the plan, released in March, suggests the EU could pull forward some of its targets for renewable energy and efficiency from a landmark climate-change strategy published last year.

Here’s a look at some of the clean-energy technologies that are poised to benefit:

Some industry leaders and energy experts suggest the commission’s near-term target may be too ambitious because of the time required to get permits and construct large-scale projects. Meanwhile, companies that make and distribute solar and wind equipment say they have faced supply-chain difficulties that could slow down new projects.

Even so, experts say both solar and wind have the potential to significantly expand over the next several years, especially if the EU follows through on a proposal to make permits faster and easier to obtain. The commission has also proposed mapping out geographical areas that would be well-suited for renewable-energy projects based on their proximity to grid connections and limited concerns about biodiversity, compared with more environmentally sensitive areas.

“The sense of urgency is really understood by everyone,” says

chief executive of Munich-based BayWa r.e. AG, which develops renewable projects, distributes solar components and operates wind and solar farms. He says improving the permitting process for large-scale solar and wind projects could reduce the time needed to get the go-ahead for a new project to around six months or a year, compared with the current time of five years or more.

How does the war in Ukraine affect your thinking about the importance of renewable energy? Join the conversation below.

Onshore wind farms can generally be built in about a year, while offshore projects tend to take closer to three years, according to industry association WindEurope. Rooftop solar panels can be installed in as little as a day, says industry association SolarPower Europe, while larger solar projects meant to connect to the electricity grid can take in the range of 6 to 18 months.

Biogas is a combination of methane and carbon dioxide that is released when organic matter is broken down by bacteria in the absence of oxygen. It can be used to make electricity or heat, or as a fuel for cooking. It can also be purified to make biomethane, a substitute for natural gas that can be injected directly into existing gas infrastructure.

Currently, only about 3 billion cubic meters of biomethane is produced in the EU.

chief executive for the European Biogas Association industry group, says the commission’s targets for this year may be difficult to meet, in part because the year is partly over and the industry is in the early stages of a ramp-up that is likely to accelerate over time. But a big expansion is possible in the future: He says existing biogas plants can be upgraded to produce biomethane, and the industry believes it could produce at least 100 billion cubic meters of biomethane by 2050. 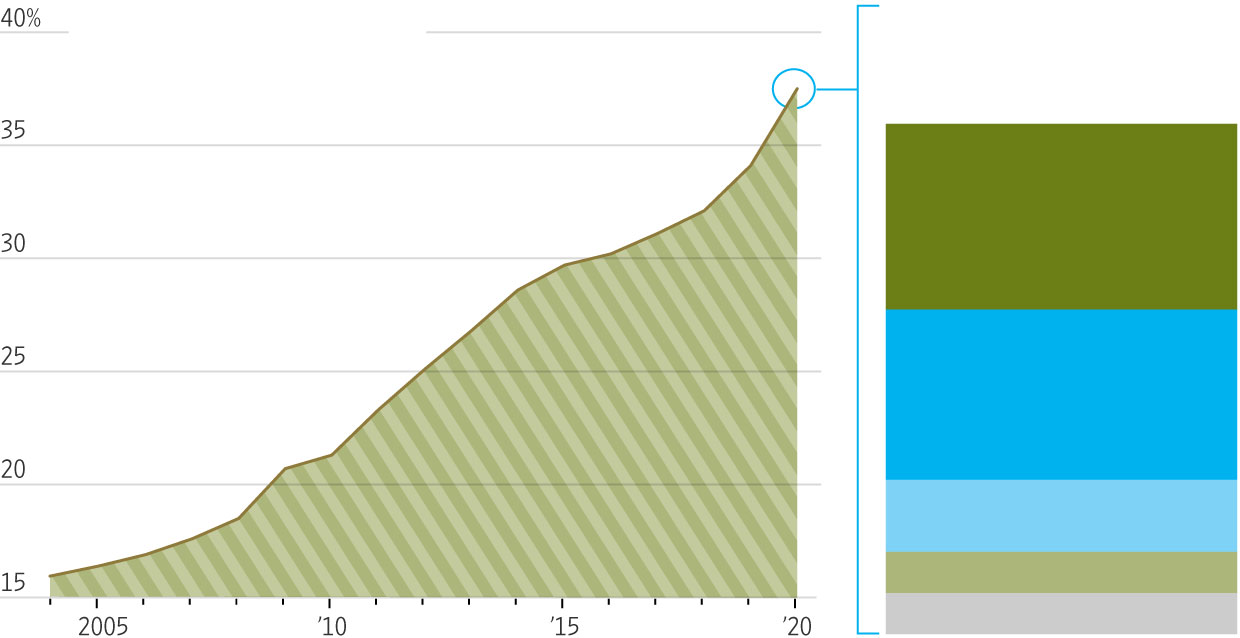 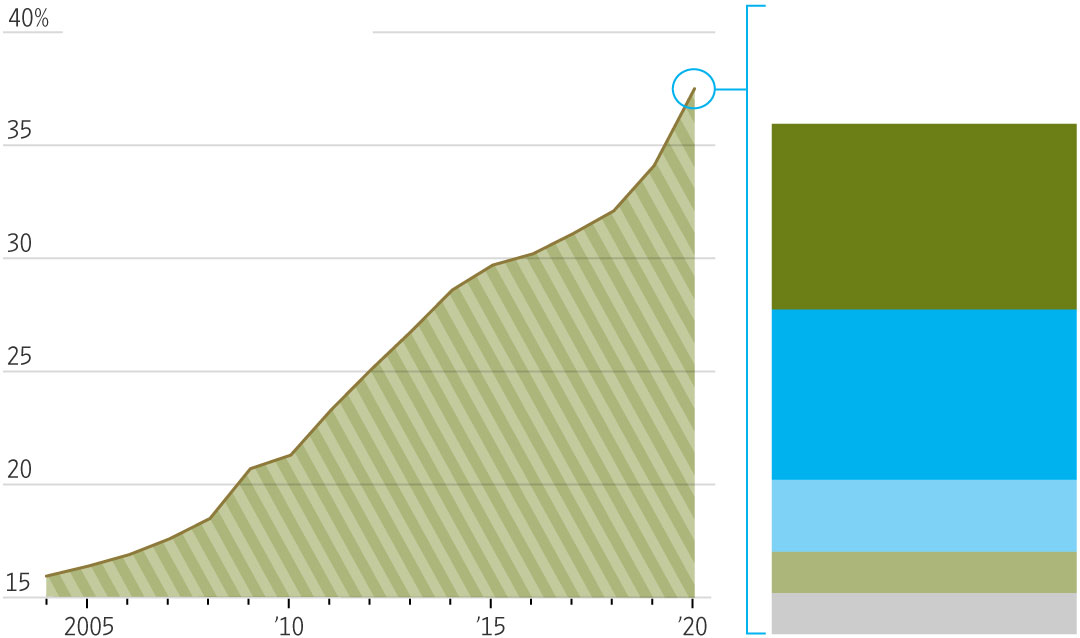 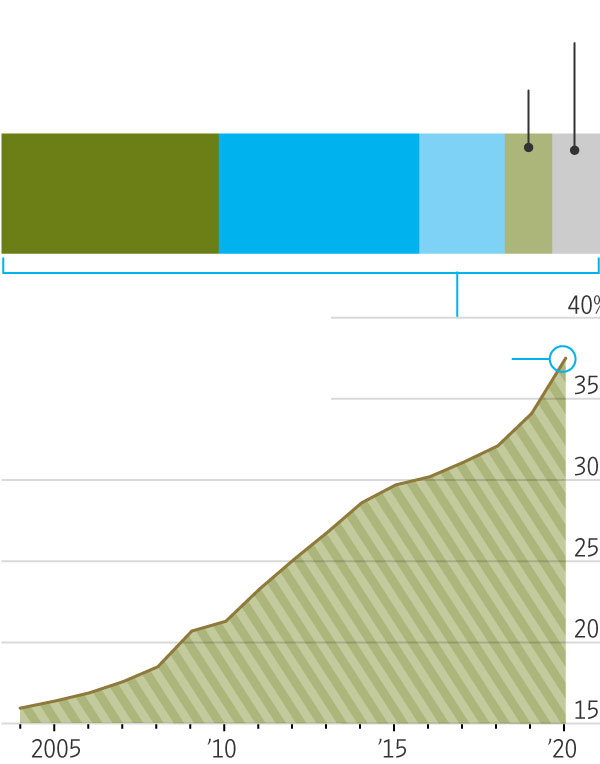 Surging natural-gas prices have made renewable hydrogen look more competitive, compared with hydrogen that’s produced using fossil fuels. Renewable hydrogen can be produced through a process called electrolysis, which uses renewable energy to separate water into hydrogen and oxygen. The fuel has multiple potential uses including as a substitute for fossil fuels in industrial settings, such as steel making.

Renewable hydrogen was already getting more attention in recent years because of concern over climate change, says

chief executive of electrolyzer maker Sunfire GmbH. Now, he says, there is “suddenly an exponential increase in interest because of the current crisis.”

The European Commission doesn’t see new renewable-hydrogen projects helping to reduce Russian gas reliance in 2022, but it has high hopes for the future. Its latest policy document on energy suggests that renewable hydrogen could replace between 34 billion cubic meters and 68.5 billion cubic meters of Russian gas by 2030. The commission says it plans to develop regulations for a European hydrogen market and help create infrastructure, transportation and storage facilities.

Heat pumps use a refrigerant to transfer heat from the outside air, ground or water into a home. Most heat pumps can also cool homes in the summer. In mild climates, heat pumps tend to be much more efficient than gas boilers because “it takes less energy to move the heat from one spot to another,” says

a professor at the University of Texas at Austin who specializes in energy resources.

He says it may be hard for heat pumps to make a big difference before next winter because of the need to scale up manufacturing, challenges with finding enough workers to install the pumps and the need for electrical upgrades in some older European buildings. But heat pumps are still among the lowest-hanging fruit for quickly reducing reliance on Russian gas, Prof. Webber says.

The plan also suggests that turning down thermostats by a degree during the heating season would have an immediate effect and could reduce the need for Russian gas by 10 billion cubic meters this year.

Nuclear power doesn’t feature in the EU’s initial proposal for lowering its reliance on Russian natural gas. But some countries are looking to build new nuclear plants or extend the lives of plants they had planned to close. Finland opened a new nuclear power plant earlier this year, and Belgium says it wants to delay its planned closure of two nuclear plants by a decade. The U.K.’s latest energy strategy includes plans to build up to eight nuclear reactors. One technology that’s attracting attention is small modular nuclear reactors, or SMRs, which are smaller versions of conventional reactors and which proponents say can be cheaper to build.

Energy experts caution that new nuclear projects, including SMRs, won’t be operational for years, so they likely won’t make much of a difference in the near term. However, they say extending the lives of existing reactors could have a faster impact.

Solar and wind power account for a growing share of Europe’s energy, but they are only productive when the sun is shining or the wind is blowing. That’s why systems for storing that energy—and drawing on it when needed—are also important. There are several technological options for long-duration energy storage, including so-called flow batteries that can store electricity in chemical solutions.

says the company is about to close a large fundraising round that should allow it to start manufacturing the batteries on a large scale.

Until recently, customers were primarily considering the business case for electricity storage and the return on their investment, Mr. Dalessi says. “Today my customers are telling me they want more independence” and security. He says some customers who were interested in the company’s batteries seem to want to move faster since the energy crisis began, but it’s too soon to see a direct impact on his business.

Other technologies will be needed as well, experts say, since shifting away from fossil fuels will require changes throughout the energy system. Electricity grids will need to be upgraded and adapted to accept more renewable energy, charging stations will have to be built for electric vehicles, and gas networks will be necessary to move renewable hydrogen to where it’s needed.

“Renewables here help us free up gas that we can sell [in Europe],” he says. “I think this whole concept of renewables as a security play is starting to hit people’s consciousness now.”

Ms. Mackrael is a Wall Street Journal reporter in Ottawa. She can be reached at [email protected]. Bojan Pancevski, a reporter in Berlin, contributed to this article.