3G Capital Diversifies Away From Food With Hunter Douglas Deal 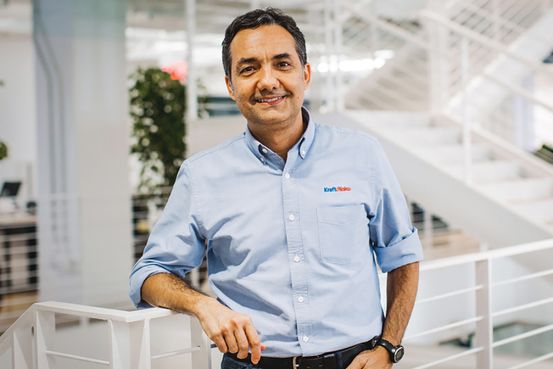 NV in a transaction that values the business at about $6.9 billion, expanding beyond its food-and-beverage focus for its first big deal since 2015.

Shares in Hunter Douglas jumped about 70% on Friday after the New York-based investment group said it would buy a 75% stake in the company for 175 euros a share. The offer represents a 73% premium to the company’s closing price Thursday. 3G said the deal had a value of about $7.1 billion including debt.

The acquisition will see 3G push into a new industry having previously blazed a trail through the consumer-goods sector. The private-equity firm had a hand in a number of deals that helped create some of the food-and-drink industry’s biggest names, including

Hunter Douglas was founded by the Sonnenberg family in 1919 and today is one of the world’s biggest makers of blinds and shades for windows, including under the Luxaflex brand. It also sells architectural products like cladding. It has 47 manufacturing and 89 assembly operations in more than 100 countries, and employs about 23,000 people.

Following the deal with 3G, which is expected to close in the first quarter of 2022, the Sonnenberg family will hold a 25% stake in the business and

“As a private enterprise, Hunter Douglas will have the opportunity to advance and expand our business while preserving the family-led culture,” Mr. Sonnenberg said.

Major news in the world of deals and deal-makers.

a senior partner at the firm, is expected to take over as Hunter Douglas’s new chief executive. Mr. Castro Neves, a former AB InBev executive, also sits on the boards of Restaurant Brands International and Kraft Heinz.

3G is led by a group of Brazilian businessmen and known for its extensive cost cutting at portfolio companies. The strategy, known as zero-base budgeting, has been credited with boosting profit, though some critics say it comes at the expense of growth.

3G’s last big deal came half a decade ago when the firm, alongside billionaire investor

orchestrated the merger of two of the biggest names in packaged food—Kraft and Heinz.

Kraft Heinz, backed by 3G, later sought to combine with

PLC in 2017—making a $143 billion bid—though its advances were rebuffed by the Dove soap maker.

—Mauro Orru contributed to this article.