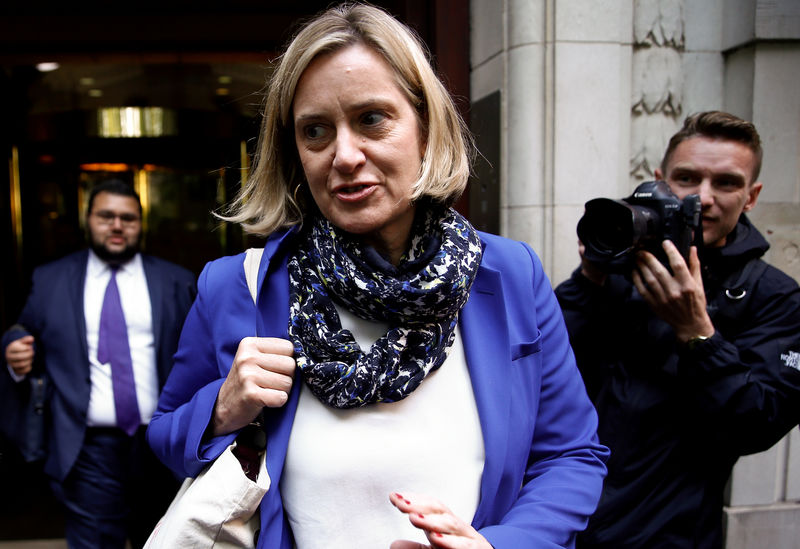 LONDON (Reuters) – Britain’s culture minister Nicky Morgan said on Wednesday she would not stand as a candidate in the next election, the latest high-profile lawmaker to cite a toxic political atmosphere as a reason to join the exodus from parliament.

The 2016 vote to leave the European Union has deeply divided the country and sparked vicious scenes both inside and outside the House of Commons where lawmakers are routinely confronted by angry protesters as they enter the parliamentary estate.

Prime Minister Boris Johnson’s decision to hold an election on Dec. 12, after parliament held up passage of his Brexit deal with the EU, has triggered a wave of resignations or retirements in the House of Commons, including many centrist politicians from his own party who have said the time has come to move on.

David Lidington, a former deputy prime minister, and former minister Alan Duncan are also stepping down while Ken Clarke will retire from his position as Father of the House, the title given to the longest continuously sitting lawmaker.

In her resignation letter Morgan referenced the toll the job had taken on her family and the high levels of abuse that lawmakers, or members of parliament (MP), routinely face in doing their job.

“The clear impact on my family and the other sacrifices involved in, and the abuse for, doing the job of a modern MP can only be justified if, ultimately, parliament does what it is supposed to do,” she said.

One particularly raucous House of Commons session in September was condemned by lawmakers on all sides when Johnson goaded his opponents to call an election and opposition lawmakers responded by calling the prime minister a liar.

When one opposition lawmaker asked Johnson to tone down his rhetoric of “surrender” and “betrayal” in light of the death threats she was receiving, the prime minister replied: “I have never heard so much humbug in my life”.

His response sparked uproar on the opposition benches.

Morgan said she would continue to support the Conservative Party and the prime minister in the forthcoming election and beyond. However some Conservative lawmakers have warned that the party risks moving too far to the right under Johnson, the face of the Leave campaign in the 2016 referendum.

“Boris may get back some Brexiteer Tory (Conservative) and Labour votes but he is losing the Liberal Conservatives,” Keith Simpson, a lawmaker from Johnson’s own party, said on Twitter. “How not to get a majority.”