Barbecues and far-flung vacations might be iffy this Labor Day — but, luckily, TV can still take you on a journey from the comfort of your couch.

From old favorites to new releases and specials, here’s what to watch on the small screen on The Big Day.

The latest in Disney’s live-action adaptations of its classic cartoon films, this version of “Mulan” hews closer to the original Chinese folklore and cuts the animated version’s music numbers such as “I’ll Make a Man Out of You.” The result is a gritty war epic following a young girl (Yifei Liu) who disguises herself as a man to fight for her country so that her ill father doesn’t have to. It has a premium fee of $29.99 if you want to watch it now, or you can wait until December and watch it at no extra cost to your regular Disney+ subscription.

Written, directed, and produced by auteur Charlie Kaufman (“Eternal Sunshine of the Spotless Mind”) and based on a novel of the same name, this new psychological horror film follows an unnamed woman (Jessie Buckley) who considers breaking up with her boyfriend Jake (Jesse Plemons) amidst the backdrop of increasingly surreal events.

The latest entry in the animated “Madagascar” franchise follows animal pals Alex the lion, Marty the zebra, Melman the giraffe and Gloria the hippo when they were kids in the Central Park Zoo

“Employee of the Month” (Amazon)

If you’re looking for your entertainment to be Labor Day-themed, this 2006 comedy follows Zack Bradley (Dane Cook), who’s on a quest to become the employee of the month at the retail store in which he works.

All aboard the “crazy train.” This 2-hour special looks at the life and antics of rock icon Ozzy Osbourne, 71, covering his childhood in poverty, his time in “Black Sabbath,” his solo career and his entry into fatherhood.

This 2-hour special follows the couple who inspired the “Conjuring” horror films. For over 50 years (mostly in the 1970s and ’80s), the duo were paranormal investigators examining hauntings such as the real “Amityville Horror” house. Their daughter and son-in-law, Judy and Tony Spera, appear in this special.

The season finale of “The Bachelor” recap series looks at Juan Pablo Galavis’ stint in Season 18, which aired in 2013, to gear up for “The Bachelorette,” premiering Oct 13. Starring Clare Crawley, who was in Galavis’ season.

If you’re in the mood for a tawdry, cheesy movie, this one’s out just in time to ring in the end of summer. The suspense thriller follows Gale (Jessica Morris), a divorced woman who gets involved with her pool boy Adam (Tanner Zagarino) — only to have events spiral out of control as Gale tries to end it and Adam becomes obsessed. Of course he does.

“Back to the Future” (Netflix)

All three “Back to the Future” movies are currently on Netflix, so why not make it a marathon? Follow Marty McFly (Michael J. Fox) on his travels through time thanks to his eccentric friend Doc Brown (Christopher Lloyd).

This Sandra Bullock classic fits a Labor Day theme — if you squint. It follows FBI Special Agent Gracie Hart (Bullock) on an undercover mission at a beauty contest, as she goes above and beyond in the course of doing her job.

An airplane passenger Friday morning captured an amazing photo showing the contrail of an Atlas V rocket carrying the Boeing Starliner spacecraft on its historic launch from Cape Canaveral.

Xavier Cummings, flying on a Southwest plane headed from Orlando to Atlanta, took the picture shortly after his flight and the Starliner launched.

Cummings’ friend shared the photo on social media, saying, “When your buddy’s flight is trying to race an AtlasV carrying the Boeing Starliner on its maiden voyage!”

The picture shows a wing of the Southwest plane, with the sunrise over the Atlantic Ocean in the distance and the rocket’s contrail against the blue sky.

Boeing’s new Starliner capsule has hit a snag in orbit after blasting off on its first test flight.

Friday’s liftoff from Cape Canaveral marked the start of a crucial dress rehearsal for next year’s inaugural launch with astronauts.

Everything went flawlessly as the Atlas V rocket lifted off with the Starliner. But a half-hour into the flight, Boeing reported that the capsule’s insertion into orbit was not normal.

Officials say controllers are looking at all their options and stress that the capsule is stable, at least for now. The Starliner is supposed to fly to the International Space Station.

The Starliner carried Christmas treats and presents for the six space station residents, hundreds of tree seeds similar to those that flew to the moon on Apollo 14, the original air travel ID card belonging to Boeing’s founder and a mannequin named Rosie in the commander’s seat.

“She’s pretty tough. She’s going to take the hit for us,” said NASA’s Mike Fincke, one of three astronauts who will fly on the next Starliner and, as test pilots, take the hit for future crews.

As the astronauts watched from nearby control centers, a United Launch Alliance Atlas V rocket carrying the capsule blasted off just before sunrise from Cape Canaveral Air Force Station. The rocket was visible for at least five minutes, its white contrail a brilliant contrast against the dark sky. Thousands of spectators jammed the area, eager to witness Starliner’s premiere flight.

It was a one-day trip to the orbiting lab, putting the spacecraft on track for a docking Saturday morning.

This was Boeing’s chance to catch up with SpaceX, NASA’s other commercial crew provider that completed a similar demonstration last March. SpaceX has one last hurdle — a launch abort test — before carrying two NASA astronauts in its Dragon capsule, possibly by spring.

The U.S. needs competition like this, NASA Administrator Jim Bridenstine said Thursday, to drive down launch costs, boost innovation and open space up to more people.

The space agency handed over station deliveries to private businesses, first cargo and then crews, in order to focus on getting astronauts back to the moon and on to Mars.

Commercial cargo ships took flight in 2012, starting with SpaceX. Crew capsules were more complicated to design and build, and parachute and other technical problems pushed the first launches from 2017 to now next year.

It’s been nearly nine years since NASA astronauts have launched from the U.S. The last time was July 8, 2011, when Atlantis — now on display at Kennedy Space Center — made the final space shuttle flight.

Since then, NASA astronauts have traveled to and from the space station via Kazakhstan, courtesy of the Russian Space Agency. The Soyuz rides have cost NASA up to $86 million apiece.

“We’re back with a vengeance now,” Florida Gov. Ron DeSantis said from Kennedy, where crowds gathered well before dawn.

Chris Ferguson commanded that last shuttle mission. Now a test pilot astronaut for Boeing and one of the Starliner’s key developers, he’s assigned to the first Starliner crew with Fincke and NASA astronaut Nicole Mann. A successful Starliner demo could see them launching by summer.

“This is an incredibly unique opportunity,” Ferguson said on the eve of launch.

“Really overwhelmed, but in a good way and really the best of ways,” she said.

Built to accommodate seven, the white capsule with black and blue trim will typically carry four or five people. It’s 16.5 feet (5 meters) tall with its attached service module and 15 feet (4.5 meters) in diameter.

Every Starliner system will be tested during the eight-day mission, from the vibrations and stresses of liftoff to the Dec. 28 touchdown at the Army’s White Sands Missile Range in New Mexico. Parachutes and air bags will soften the capsule’s landing. Even the test dummy is packed with sensors.

Bridenstine said he’s “very comfortable” with Boeing, despite the prolonged grounding of the company’s 737 Max jets. The spacecraft and aircraft sides of the company are different, he noted. Boeing has long been involved in NASA’s human spacecraft program, from Project Mercury to the shuttle and station programs.

Boeing began preliminary work on the Starliner in 2010, a year before Atlantis soared for the last time.

In 2014, Boeing and SpaceX made the final cut. Boeing got more than $4 billion to develop and fly the Starliner, while SpaceX got $2.6 billion for a crew-version of its Dragon cargo ship.

NASA wants to make sure every reasonable precaution is taken with the capsules, designed to be safer than NASA’s old shuttles.

“We’re talking about human spaceflight,” Bridenstine cautioned. “It’s not for the faint of heart. It never has been, and it’s never going to be.”

Princess, general, and queen of our hearts forever. 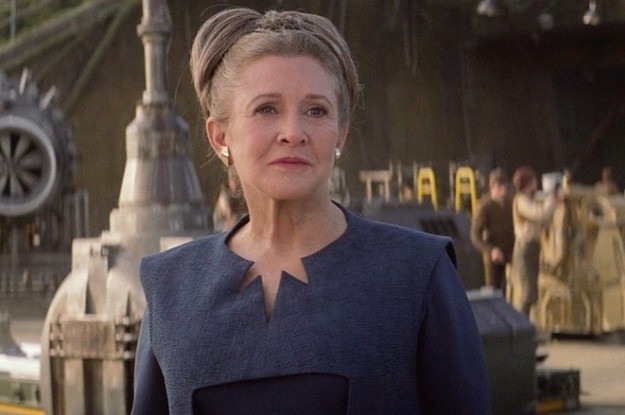