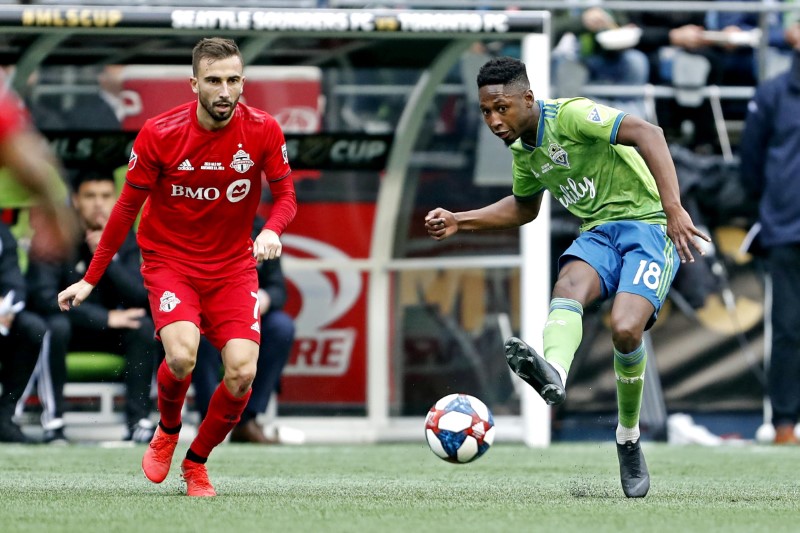 (Reuters) – Three second half goals gave Seattle Sounders their second MLS Cup title in four years as the home side beat Toronto FC 3-1 in front of a capacity crowd at CenturyLink (NYSE:) Field on Sunday.

Seattle took the lead after 57 minutes when Kelvin Leerdam’s angled shot hit defender Justin Morrow and flew into the net.

Victor Rodriguez doubled Seattle’s lead after 76 minutes when he lashed home a low drive from 18 metres before Raul Ruidiaz wrapped up the victory for the Washington outfit when he finished off a quick counter attack in the 90th.

Substitute Jozy Altidore scored a consolation goal for the visitors in stoppage time but it was too late for the Canadians.

It was the third time in four years that the teams had met in Major League Soccer’s blue riband event, with both sides having won one game apiece before the latest showdown.

Sunday’s title was Seattle’s second overall, coming after their 2016 shootout triumph over Toronto in Canada.