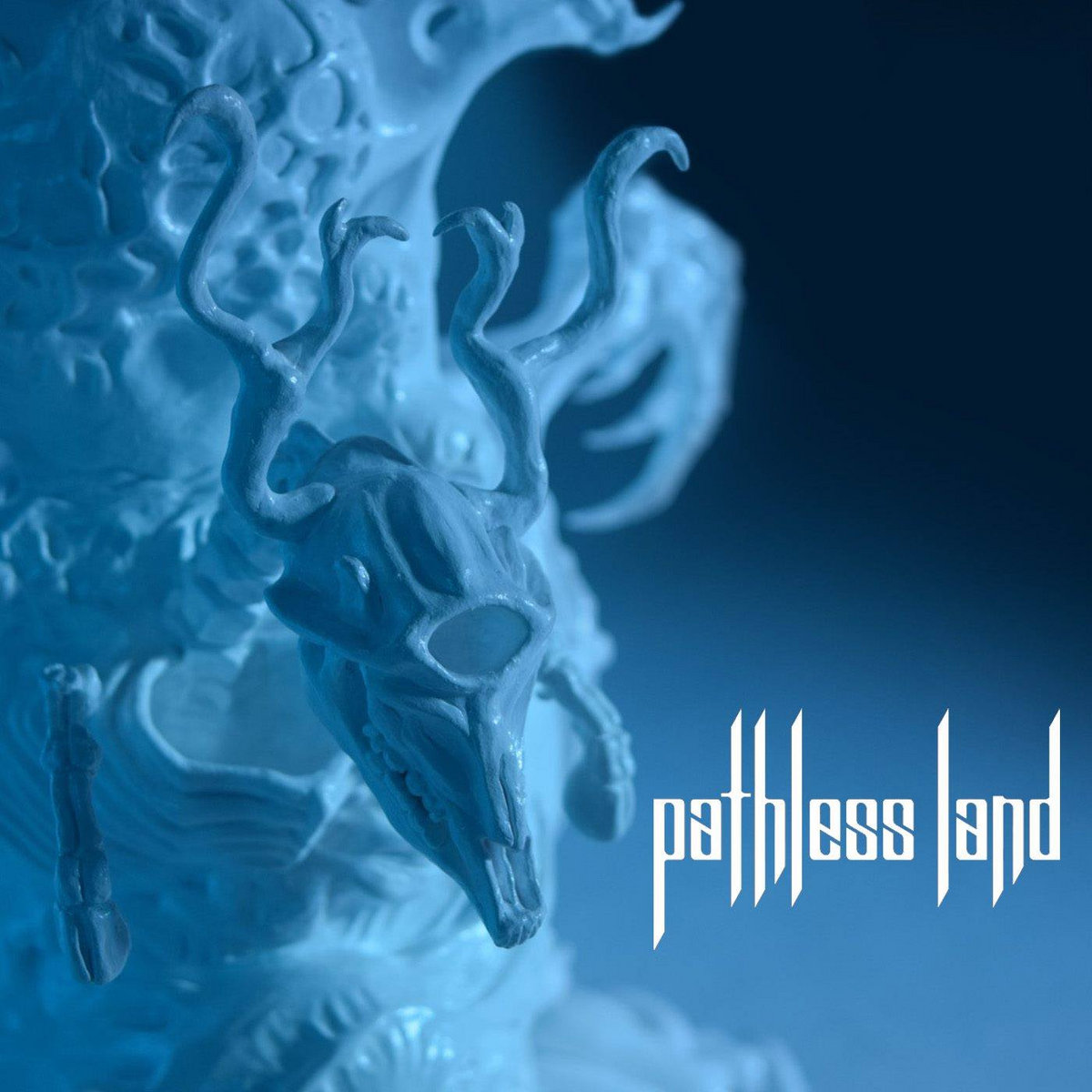 Industrial/doomcore outfit known as Post Death Soundtrack released their epic, politically charged  and genre-pushing LP It Will Come Out of Nowehere in 2019. For the Canadian duo, it represented an expansion of their sound into even more obscure electronic territory. with lashings of halftime trap, breakbeat and trip hop. Now they’re expanding even more, having plucked once of the most intense tracks from that album, “Pathless Land”  and commissioned two remixes that not only change the style of the dramatic track, but create entirely differetn tracks themselves.

The original of “Pathless Land” seems like quite a sparse track, with its vintage rave intro and nine-note piano accompaniment but it’s sound designed to create anticipation and a definite mood as the track builds slowly but never quite peaks.. It’s pretty much all mood, in fact, as it cuts off with not so much as a build or drop and leaves most listeners wanting more. Listening to this. most EDM fans can easily see why “Pathless Land” was just aching to be remixed.

By contrast to the original, original, both remixes of “Pathless Land” are designed to be songs in the more traditional sense, though both still capture the mood and intent of the track. The “Lit Beacon” mix is by PDS producer Jon Ireson himself and teases a little more rock out of the track. The original has some campfire sound effects and it seems Ireson expanded on this with a sort of country/folk meld of guitars. At first it seems like the track is meant to have of old west vibes but once Steve Moore’s vocals come in, the song once again seems stuck out of time; it’s archaic, arcane and would fit in around any campfire: ancient Nordic Viking, aboriginal, old west…it doesn’t matter. With a completely different musical arrangement, that timeless, tribal and intense vibe is still there.

The “Sovereign” mix, done by Portland doom artist Casey Braunger of Alltar and He Is Me fame, is more in line with dance music. Its intro starts out very ravey, indeed, and then brings in a distorted version of the original mix’s synth as the rave sample helicopters over the rest of the bars. The drop, as it were, is long and sobering as the track launches into an industrial breakbeat which gets more and more complex the deeper the listener gets into the track.

The vox on this mix is done mainly as a break to really give Moore’s vocals the space they deserve. The build into the next set of beats takes over two minutes but when they finally launch in all their doomcore glory, it’s worth it. A cacophony of distorted synths’ and near constant bass drops, it becomes clear with this mix that while more than adept production-wise, PDS and friends will only be dipping a toe into mainstream EDM. For now.

While multiple remixes are pretty prevalent in most EDM genres, when it comes to industrial and doom crossover projects like Post Death Soundtrack, it’s new and novel to get this many remixes on one track, especially remixes that are so different in style and genre. To a band that has an album like It Will Come Out of Nowhere under its belt and who have recently covered Tom Waits, however, it seems to be all part of the plan. It will be interesting to see where the duo take their ever-expanding style next.

The “Pathless Land” remixes are out now and can be streamed on Spotify or Bandcamp.